Warning: This Drug May Kill You

Directed by Perri Peltz
A harrowing report on the epidemic of prescription drug addiction and the increase of overdose deaths.

This documentary began airing on HBO on May 1, 2017. Check cable listings for channels and times in your area.

The deaths of Americans from opioid overdoses have reached epidemic proportions:

These statistics reveal the breadth and virulence of this addiction which has brought tragedy and grief into the lives of so many families.

In an attention-getting start, documentary filmmaker Perri Peltz features a doctor proclaiming in a Purdue Pharma (the manufacturers of Oxycontin) advertisement that pain-killing drugs should be used "much more liberally for people with all sorts of chronic pain." Juxtaposed with this ad are clips of opioid addicts collapsing to the ground or nodding off in public. 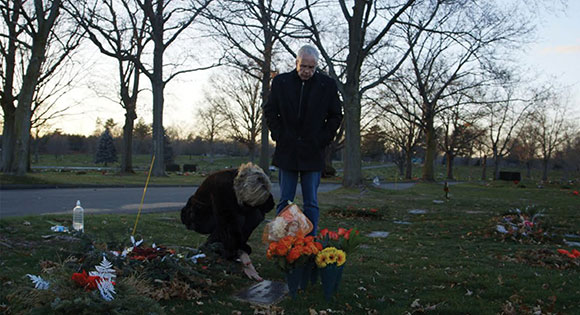 250 million prescriptions for opioids are written each year — enough for every adult in America to have a bottle of pills, according to the U.S. Surgeon General. In a segment on the first of four families upended when one of their loved ones got addicted to pain-killers, we meet Stephany Gay. She started taking Vicodin and Oxycontin to deal with the problem of kidney stones and then proceeded to heroin. Her sister Ashley joined her and died of an overdose. Since then Stephany has been in one treatment program after another.

Over 2 million Americans have a prescription opioid use disorder (CDC), but 80% of people struggling with this addiction do not receive effective treatment (Johns Hopkins Study in JAMA). This is true for a mother who got hooked on pain meds after receiving a C-Section and a young man who had surgery to remove a cyst and soon was relying on prescription drugs. An especially moving vignette involves a father at a grief group sharing about the death of his vibrant daughter due to this addiction. 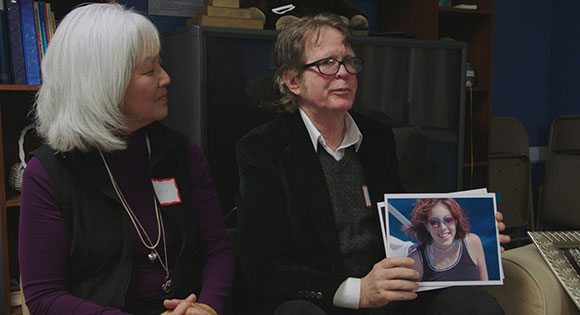