Directed by Tamara Jenkins
A dramady carried by many magic moments of heartache and humor.

This wonderful dramady is writer and director Tamara Jenkins's first film in 11 years. Her Slums of Beverly Hills (1998) was a zany comedy about the vagabond lifestyle of an idiosyncratic father and his dysfunctional family. The Savages (2008) offered a razor-sharp depiction of all the complications of a brother and sister reunion when they decide to put their estranged father in a nursing home. In those two films and this one, Tamara Jenkins reveals a special talent for conveying both the humorous and the sad moments in the messy and hopeful lives of vulnerable characters.

Rachel (Kathryn Hahn) and Richard (Paul Giamatti) are a Manhattan husband and wife who have nurtured their creative gifts over the years; she is a 41-year-old novelist, and he is a former experimental theatre director who now at 47 is head of a pickle company. 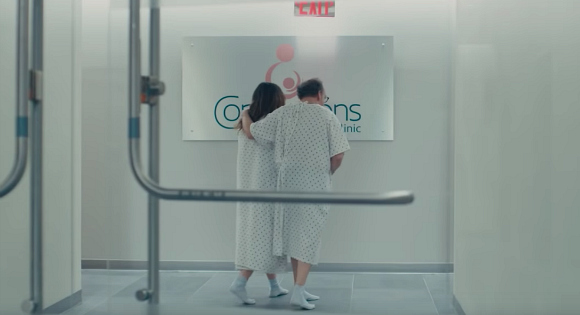 They always thought they wanted to have children but never found the right time to start a family. As middle-agers, they want to conceive a child, but are having no luck. Rachel could be too old or infertile. Or Richard could not have enough sperm. In the United States alone, of the roughly 6.7 million people of reproductive age, 11% are affected by infertility. As novelist Elizabeth Forsythe Hailey has observed, "Marriage is tested every time you turn around. The obstacles are tremendous, and they never stop coming." 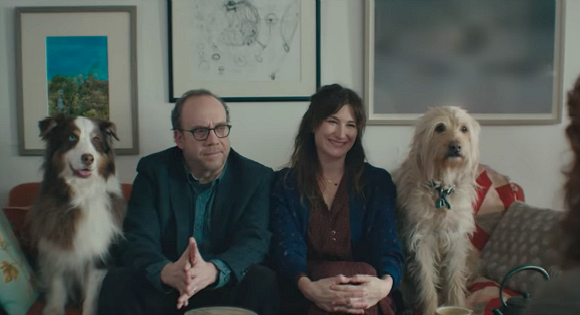 With their own special brand of adventure and commitment, Rachel and Richard work their way through all the ways to get a child. They register with an adoption agency, sharing with the social worker a heart-breaking experience they had with a young woman who said she was pregnant and would let them have her child, then failed to meet them at the appointed time. The social worker suggests the girl just wanted attention and had exploited their emotions.

Still wanting to try to have a biological child, Rachel and Richard try IVF (in vitro fertilization). Right off they learn they will have to spend $10,000 for an operation to retrieve Richard's sperm which is "blocked." Then they begin a regimen where Richard gives hormone shots to Rachel to encourage egg production. Then her eggs must be retrieved, fertilized, and inserted into her uterus. 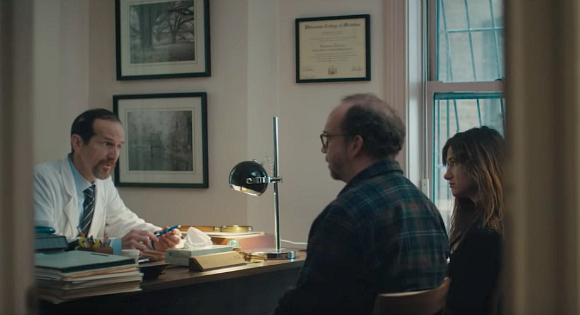 These fertility treatments deplete the early enthusiasm of these middle-agers as they spend endless hours in crowded clinic waiting rooms; suffer the patronizing lectures of her gynecologist (Denis O'Hare); listen to the experiences of other women who have tested other reproduction techniques; and are both bothered and bewildered by the random and inexplicable nature of IVF.

Rachel and Richard go through a myriad of emotions on their journey, and viewers will find themselves identifying with their anger, heartache, and disappointment. The film also has its funny moments, when the absurdity of their attempts and their setbacks gets to everybody. 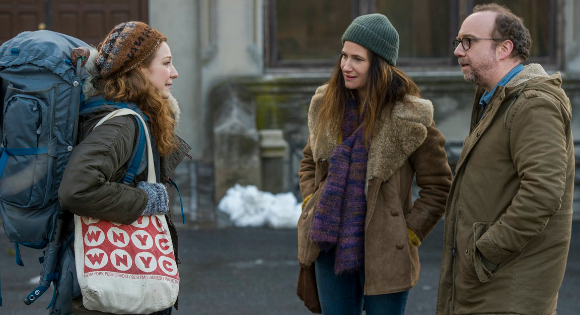 Fortunately, the couple receives the surprising love of three members of their extended family at the very point when they feel most isolated and victimized. These caregivers are Richard's generous brother Charlie (John Carroll Lynch); his wife Cynthia (Molly Shannon) whose version of tough love is authentically honest; and Sadie (Kayli Carter), their daughter's half-sister. This kind-hearted and sensitive 25-year-old moves in with Uncle Richard and Aunt Rachel during a transitional time in her life after leaving college. They support her artistic aspirations, and she becomes a bridge-builder whose nurturing love enables the aunt and uncle she adores to keep on with their life-bringing mission.