Lee’s adaptation of Haruki Murakami’s short story “Barn Burning” is an unclassifiable and unforgettable meditation that moves confidently through countless genres and themes. It is at once a quietly enigmatic tale of awkward infatuation, a pointed interrogation of class and privilege, and a shocking exploration of unchecked violence and retributive justice. Both harrowing and haunting, it agilely allows philosophical questions to bubble up from its depths, grounding its more prurient and brutal surface in something that feels far more substantial than might first be apparent. 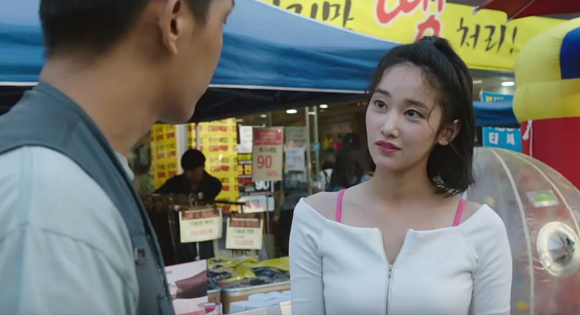 Viewed through the searching eyes of Jong-su (Yoo Ah-in), a shy, young South Korean man who yearns to write fiction but is harnessed to his family farm on the North Korean border, Burning lays a series of cryptic clues early on. Jong-su, whose father is on trial for a violent outburst against a state official, randomly runs into a flirtatious childhood friend, Hae-mi (Jun Jong-seo),while visiting the city. Hae-mi regales Jong-su with memories from their country upbringing, demonstrations of tricks from the pantomime class she’s been enjoying, and a presumptuous invitation for him to care for her cat Boil while she takes a trip to Africa. Before Jong-su or the audience can question it, he’s had a clumsy tryst with Hae-mi and been left to feed and entertain her elusive feline, whom he never sees over the course of several weeks of leaving food and scooping waste.

Events take an even stranger turn when Hae-mi returns from Africa accompanied by a handsome new friend, Ben (Steven Yeun). From the moment Jong-su picks them up at the airport, something feels off, changed, exclusive. Jong-su’s confusion only grows as he observes Hae-mi and Ben from a distance, encouraged to hang out with them but always kept on the outside of some inner secret. It doesn’t help that Ben is wealthy (though from what, Jong-su can’t figure out), that he regularly entertains aloof and rich friends, and that he constantly eyes Jong-su with knowing smiles and yawns that keep Jong-su unsteady and suspicious. 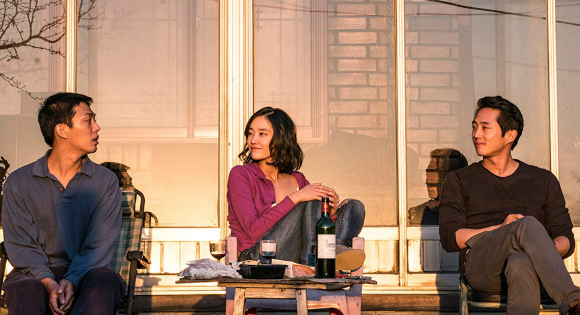 As they vie for Hae-Mi's attention, Jong-su and Ben are a study in contrast, one an earthy and inelegant seeker, the other a bored and graceful playboy, but Ben’s seeming interest in Jong-su continually throws the power balance off-kilter. On the simple surface, Jong-su has fallen for Hae-Mi and Hae-Mi has fallen for Ben, but it is maddeningly unclear what keeps Ben interested and entertained.

And when Ben reveals one of his dangerous, clandestine habits to Jong-su one marijuana-laced evening, their relationship (and the film itself) takes on an added layer of mystery and meaning. From that point forward, every interaction is laden with potential combustion and every act that has come before is shown in starkly different light. Jong-su begins to unravel a riddle, but the riddle’s point remains constantly just out of reach. Ben and Jong-su seem equally curious about the other’s reality, but one is looking to create while the other is looking to destroy.

Lee allows scenes to linger and the relationships between his three main characters (played to perfection by Ah-in, Jong-seo, and Yuen) build and unspool slowly, setting a languorous pace that only adds to the shocks of the film’s later developments. Shots of the abandoned country greenhouses of Jong-su’s provincial world are juxtaposed with glamorous scenes from Ben’s carefree lifestyle, igniting an incongruousness that eventually leads to a showdown finale that feels both wholly inevitable and wholly unpredictable. 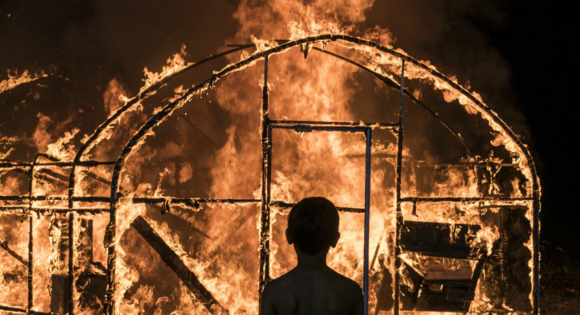 Jong-su’s journey from put-upon peasant to shaky-but-sure hero erupts in flame, but the artful ambiguity of it all makes the fire feel less like one of destruction than one of confident self-sacrifice and self-recreation. The morals are murky, but the questions kindled are powerfully provocative.