"This is a wild life, isn't it," Jerry Brinson (Jake Gyllenhaal) tells Joe (Ed Oxenbould), his teenage son. The family has just moved to Great Falls, Montana, and Joe doesn't feel like he fits in at school. He wants to quit the football team and, although he is a good listener, he has only made one friend. She tells him not to worry about the smoke coming into their valley from fires in the mountains because if the swiftly burning blazes reach town, they won't be able to escape them anyway.

Joe senses that destructive and horrific forces beyond the fires may destroy his family. It begins when his sociable dad is fired from his job as a golf pro at a country club. His high-strung mother, Jeanette (Carey Mulligan) is taken-aback when Jerry moves very slowly looking for another job. When the country club offers him his job back, he stubbornly refuses, saying "I won't work for people like that." Jeanette does not share Jerry's idealism. When he decides to go fight the fires in the mountains, for only one dollar an hour pay, she asks, "What kind of man leaves his wife and child in such a lonely place?" But Jerry is looking for adventure and meaning for his life. 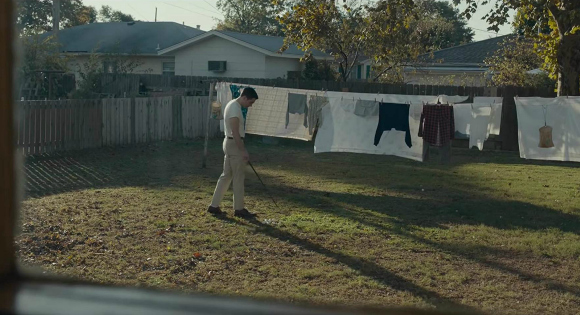 Puzzled and angry, Jeanette tries to figure out how to make ends meet. She likes her job as a swimming instructor at the YMCA but decides she needs a better position. Meanwhile, Joe finds relief from his loneliness helping out after school at a photography studio.

Wildfire is based on Richard Ford's fourth novel written in 1990. It is at once a coming-of-age story and a domestic drama about a marriage under siege. The gifted actor Paul Dano has written the emotionally literate screenplay with Zoe Kazan. In his debut as director, Dano makes the most of the slow movements of life in a small Montana town, finding beauty and terror in the simple settings. His camera tracks a full range of emotions as Jerry and Jeanette express feelings of anger, betrayal, and loss in a series of verbal fights which have a passion of their own. 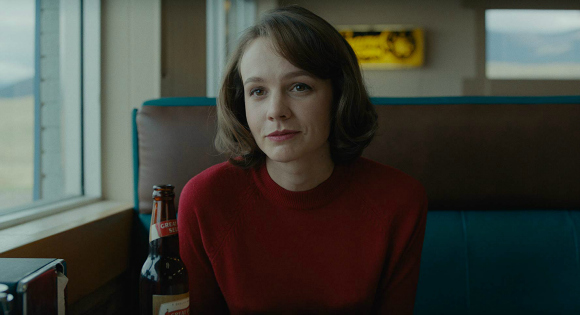 A restlessness is at play in this family's life, like the roaring fire so close to town. Jeanette gives herself up to a troubling and self-destructive fling with Warren Miller (Bill Camp), a wealthy and amoral older man. She's clearly searching for something, but just what she needs is unclear to her and her observant son.

Both Dano, the filmmaker, and Ford, the novelist, have crafted an impressive drama reminding us that everything we experience is subject to change -- the physical world is vanishing moment by moment and our emotions flicker on and off in constant transformation. Or as Tenzin Tethong reminds us in Impermanence: Embracing Change:

"Impermanence is an idea which Tibetans use as an effective tool to find a balance between the highs and lows we experience in life. . . . Whenever there are disappointments — an unfulfilled wish, a broken promise, an expectation gone wrong — impermanence reminds us that while they cannot be undone, they are not permanent, and that their intensity diminishes with the passage of time. . . . 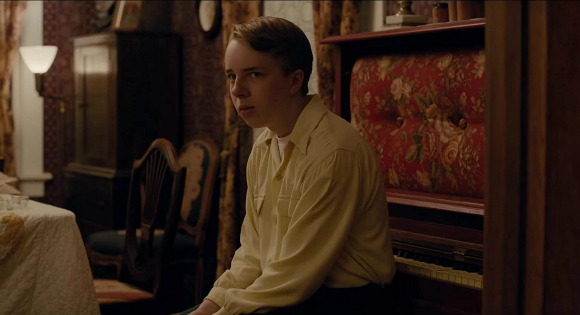 "Simply taught, impermanence reminds us that everything we experience is subject to change, both positive and negative and that this realization can temper our emotions and help us find greater stability and peace in ourselves."