Directed by Josh Lowell, Peter Mortimer
A suspenseful rock-climbing documentary with the power to lift spirits.

Those looking for something jaw-dropping to pull them out of their doldrums will find much to both ground and lift them in The Dawn Wall, a profound and harrowing chronicle of two dreamers traversing a never-before-attempted free climb ascent up the most difficult surface of Yosemite National Park’s El Capitan. 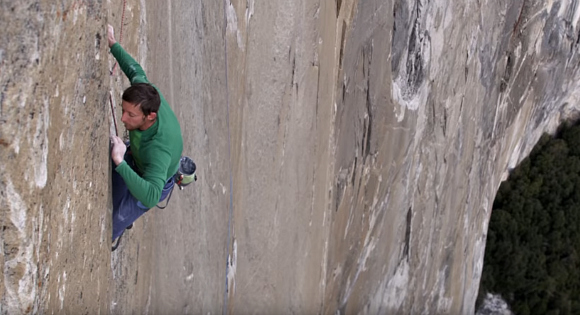 In December 2014, Tommy Caldwell and Kevin Jorgeson, the former a noted rock climber, the latter an admiring fan of Caldwell’s, began a 19-day journey up the most awe-inspiring Dawn Wall that had cheering witnesses at the base and across the United States watching with bated breath. Over the course of nearly three weeks, the two determined quixotes faced unkind weather conditions, gripless surfaces, and their own doubts, succeeding mere days after they thought they might have to scrap the plan altogether.

This story would make for an interesting documentary on its own, but The Dawn Wall has much more than this celebrated feat at its center. With moving talking heads footage and flashbacks to events of Caldwell’s unique youth and early adulthood, the film expands its more conventional aspects into an emotional roller coaster ride. It helps that Caldwell and Jorgeson are charming personalities and astonishing athletes and that their families and friends show unconditional and loud support, but there’s an added poignant level to this true-life tale that springs it out of typical sportslover fare. 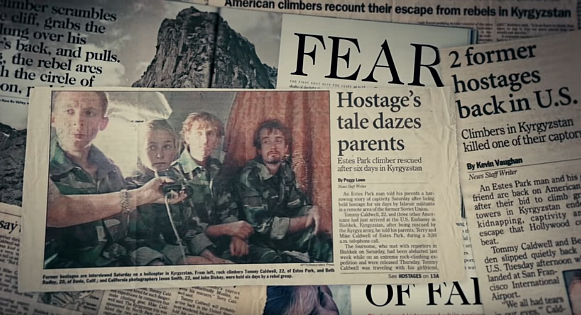 Caldwell, as a struggling, scrawny 16-year-old, wowed a skeptical Utah crowd when he beat out far more experienced climbers in a notoriously difficult competition. Soon after, more confident and sure of his path, Caldwell met another rock climber, Beth Rodden, and the two pursued their passionate connection together, both on and off the wall. But the couple’s spirits were put to the test on an expedition in Kyrgyzstan, when they and two others were kidnapped by a group of armed rebels and held hostage for several days. To give away how Caldwell saved himself and his colleagues from this horrifying situation would be to rob the narrative of its exhilarating power, but suffice to say that it both scales the potential for the triumph of the human spirit and reveals the lingering shadow of self-questioning guilt and shame 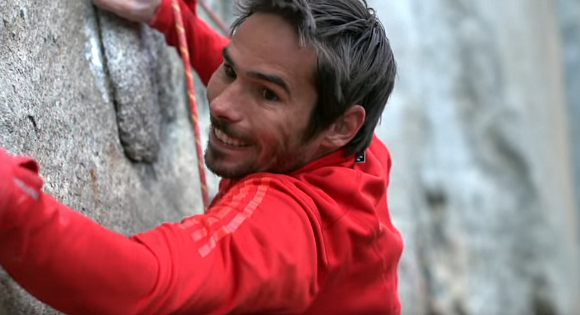 As details from Caldwell’s past challenges intersect with footage from the Dawn Wall climb, another damaging event, along with personal woes well worth keeping under wraps for audiences to discover themselves, are revealed, further complicating Caldwell’s undying dreams of ascension. But he remains determined to incorporate such setbacks into his vision. As he proceeds to attempt his most daring move of all, an undeniably visceral anticipation takes over the film. When Jorgeson, an experienced boulderer with a can-do attitude, joins the cause, Caldwell finds the perfect partner to serve as cheerleader, confidante, and comrade.

The consistent surprises, both from Caldwell’s past and from his days on the Dawn Wall, act as far more than shock-inducers. As they pile up, Caldwell’s story becomes a universal human drama, one in which obstacles and misfortunes are very real, but also very defeatable. Even those who might not regularly seek out sports documentaries (like this writer) will find themselves swept up in the unflagging spirit on display. This is inspirational storytelling at its finest.