Directed by Jordan Peele
A terrifying trip through a funhouse looking glass.

In modern times, many have come to use the German term doppelgänger to simply describe someone who looks or acts like someone else, but the original concept of a doppelgänger has deeper significance, a more haunting and spiritual power. Legends of “spirit doubles” or “shadow twins” have ancient roots, and the mythologies of many cultures contain references to a lookalike twin that accompanies each human soul. Doppelgänger means “double goer”; it originated as a way to describe a wraith-like being that was believed to follow around each human being, a carbon-copy who cast no shadow and who, if seen by the human, would portend illness, danger, or even death. According to our world’s oldest stories, doppelgängers don’t simply look and act like us; they are tethered to us in a cosmic, even violent, struggle. 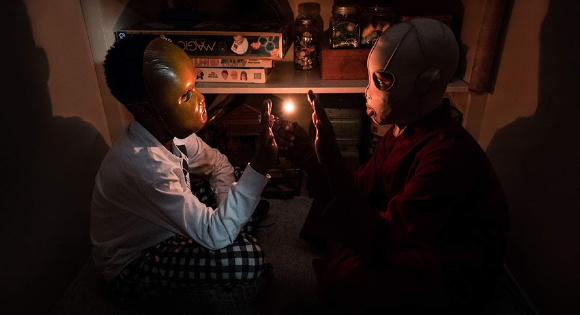 Now, in a time when many of us are taking a hard, honest look at ourselves and the oppressive social systems we have perpetuated, doppelgängers can serve as a potent, activating image. And following the scary success of his probing debut feature, Get Out, director Jordan Peele has taken the menacing mythological dangers of doppelgänger legends and freshened them into Us, a frighteningly deep examination of the shadow sides we try to hide, the real selves we need to confront, and the collective cover-ups that keep us going, at the expense of our individual and societal souls.

Even before the opening credits roll, Us shows much of its hand: It wants to needle the heart and mind, while also thrilling with common conventions. Peele knows his horror film tropes and Us is full of them, starting with a prologue trip into a seaside funhouse, where tiny Adelaide (Madison Curry), having wandered away from her bickering parents, stumbles through dark halls and mirrored rooms until she comes face to face with an unexpected vision: a real, live, grimacing, flesh-and-blood doppelgänger of herself. And before any more is revealed, this horrifying happening dissolves and the story leaps forward in time, introducing a grown-up Adelaide (Lupita Nyong’o), now married to the lovable Gabe Wilson (Winston Duke) and raising the precious Zora (Shahadi Wright-Joseph) and Jason (Evan Alex). 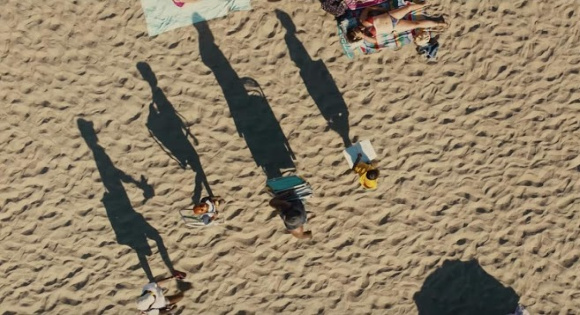 The Wilson family seems utterly normal. They tease one another. They clearly love one another. They are pursuing an American dream that seems embedded in the U.S. DNA. But Peele ably laces quiet and threatening uncertainty into even the most domestic scenes. Adelaide is clearly haunted, both by her past encounter and by portentous visions of what might happen to her and her family in the near future. And when Gabe suggests a trip to the very beach where Adelaide experienced her fearful childhood funhouse moment, the subtle terror with which she responds is enough to lay the groundwork for all of the fully-realized horror that is to come. But despite Adelaide’s trepidation, the whole clan does go to the beach, and the tethers unravel from there.

To give too much away about the plot of Us would rob audiences of the surprises and shocks for which the horror genre is celebrated, but suffice it to say that, before too long, all members of the Wilson family must confront their own doppelgängers, and the results are far from pretty. These shadow twins have violent plans to get rid of their other halves so they can take their twins’ place in the light. And it’s not just the Wilsons. By the time the film is over, it is revealed that every single one of us (as in us, and as in all of us in the U.S.) has a doppelgänger, and that they just might be biding their time before they come looking for us all. 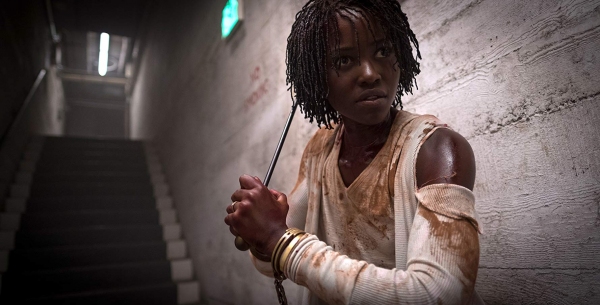 Us is an allegory, a parable, and as such it has plenty of convenient contrivances and uneven connections that might bother those who desire clean and clear lines between before, during, and after. But allegories and parables are not meant to make complete sense; they’re actually meant to utterly demolish what would normally make sense. They’re meant to conjure mood, invite revelation, and nudge unexpected transformation, and on this level, Us succeeds brilliantly. If audiences don’t pay too much attention to making every move, choice, and scene add up, they will be rewarded, not simply with an entertaining thrill ride, but with lingering questions that will stir inside the mind and heart long after the film’s final, breathtaking reveal. 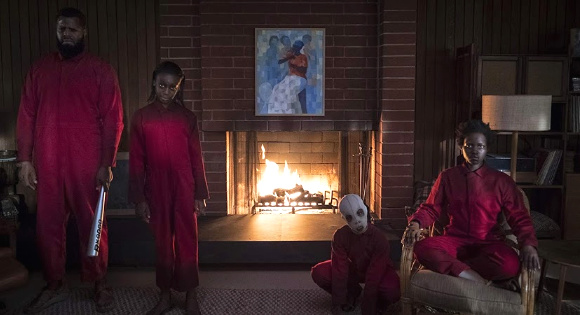 In fact, even those who are able to figure out the secret to Adelaide’s past before that ultimate reveal occurs will still be thrilled, because Peele doesn’t rely on this ending shock to serve as his main point. The film’s lasting power clearly lies not in simply what’s happening on the screen, but in how it forces audiences to question absolutely everything that has come before. This flipping of narrative expectation is what undergirds the continuing significance of so many of our most cherished sacred stories, and Us feels both wholly perennial and wholly new, wholly ancient and wholly contemporary.

Us is about battles that humans have been fighting and avoiding since time began, but it also feels as if it’s been ripped from some horrific headline from the future, and this tension lifts it from being mere genre fare into being something altogether mystical and mind-shifting. Now, the question remains: Will we heed the call to face those parts of ourselves and of our society that we keep tethered in the shadows, out of sight, but never truly out of mind? Do we actually have the courage to dig beneath our slick surfaces and face the buried horrors of Us?