Directed by Jason Winer
A comedy that encourages viewers to reflect on what makes them happy.

Charlie (Martin Freeman) has a rare and incurable condition called cataplexy that causes him to lose control of his muscles or faint whenever he is overcome by joy. To cope, he moves through his day deliberately avoiding anything that might make him happy. He listens to sad, dirge-like music through headphones while walking to work and avoids people with cute babies or dogs. As he leaves his job at the library, a co-worker tells him that the CDC has confirmed the measles outbreak is spreading. To counteract seeing something good, he mumbles words like Darfur and Syria. When he engages in a favorite pastime, riding a merry-go-round, he has to make sure he is strapped in. 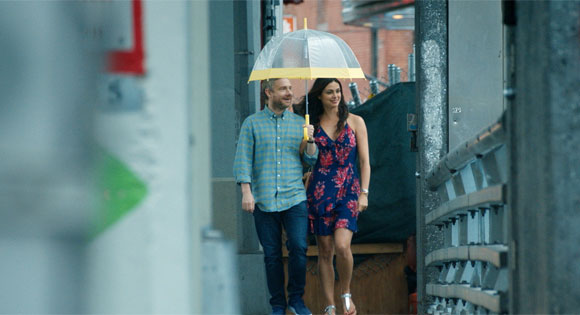 So imagine his dismay when he meets Francesca (Morena Baccarin), a beautiful and enthusiastic woman who is obviously attracted to him. On their first date, he faints when she invites him up to her apartment and ends up in the ER. He tries dating a sweet but boring woman (Melissa Rauch) while his brother (Jake Lacy) romances Francesca. But it's clear who has captured his heart. Can Charlie risk loving Francesca, even it means, as he tells her, they can never go together to the beach where someone might be playing catch with a golden retriever? 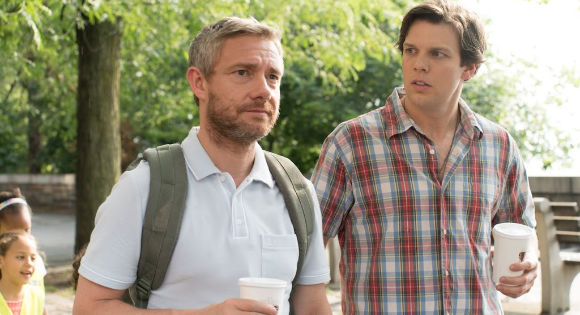 Martin Freeman, best known for playing Bilbo Baggins in The Hobbit and Dr. John Watson in the Sherlock series, has a rather serious demeanor that belies his gifts as a comedian. He makes Charlie's situation believable (and actually, it is based on a true story). Best of all, this story will encourage you to make your own lists of what makes you happy. Here's a good spiritual practice to try: As you go through your day, notice those things that elicit a smile, a laugh, or a surge of delight in you — and be grateful.