Memory: The Origins of Alien

Directed by Alexandre O. Phillippe
A dizzying documentary that reveals the mythological roots of a movie masterpiece.

Anyone who just can’t bring themselves to consider horror movies as anything deeper than exercises in excess and violence would do well to pay attention to the myriad layers of Alexandre O. Philippe’s Memory: The Origins of Alien. On its surface, this documentary is definitely chum for already rabid fans of the Alien franchise, but even audiences who have never dared to venture into the horrifically dark space of Ridley Scott’s 1979 classic will find plenty of food for thought here. Far more than a simple talking heads love letter, this intriguing hodgepodge of juicy backstage cinema stories and mythological exploration is a surprisingly profound paean to the scary and spiritual stories that make our collective unconscious tick. 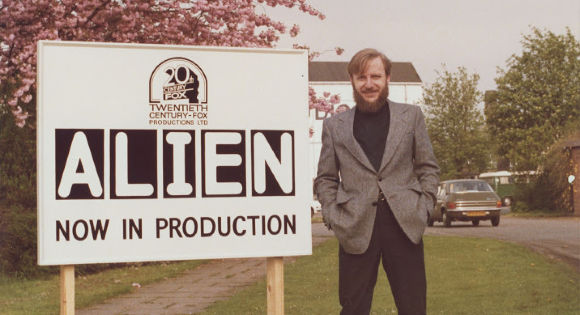 In 90 surprisingly swift minutes, the film covers much diverse ground. It traces the early obsessions of Dan O’Bannon, one of the eventual screenwriters of Alien and a horror fan who lovingly, gloriously “stole from everybody,” through his partnership with the visionary artist H.R. Giger, who designed the terrifyingly elegant xenomorph creatures, climaxing in a lengthy dissection of the shocking centerpiece of Alien, the infamous “chest-burster” scene, a study in how simplicity onscreen and meticulous planning offscreen can combine to make movie magic.

But Philippe isn’t merely satisfied with celebrating Alien as a masterpiece. He wants to get to the bottom of why it’s more than a mere technical and visual achievement. He wants to uncover why it has bored deep down into so many fans’ souls. Tracing O’Bannon’s, Giger’s, and Scott’s styles back to the likes of H.P. Lovecraft, Francis Bacon, and even Aeschylus, Philippe mines the mythologies and images of the past to show how these timeless tropes birthed such a horrifying vision of the future. 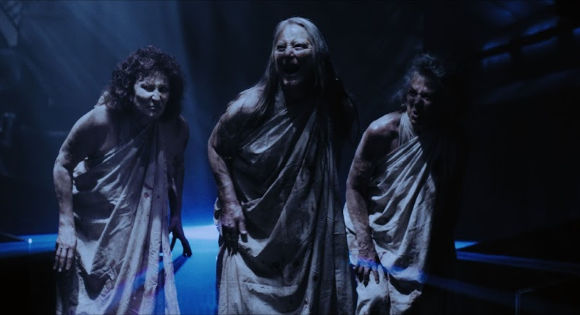 Employing the aid of experts, artists, enthusiasts, and original cast members (though, notably, breakout star Sigourney Weaver or Ridley Scott are nowhere to be found), Philippe’s film is scattered in the best way. He frolics between minute details and grand themes and the result is an edifying excavation of spiritual storytelling packed with pockets of intimate detail. O’Bannon’s original script Memory is unearthed and charming interviews with his wife are sprinkled throughout, revealing his lifelong dual role as both fanboy and mystic. Larger themes, including capitalism, patriarchy, sexuality, colonialism, and the unknown, are shown to be wriggling beneath both the elegant dread of Alien’s creaky, creepy first hour and its deliciously devastating second hour. And in between, the simply exhilarating joys of moviemaking and movie-going are continuously celebrated. 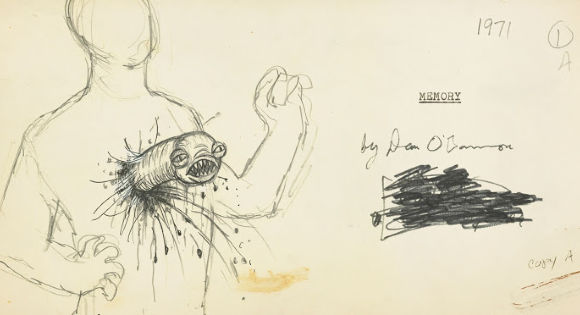 Obviously, those who have steered clear of Alien for 40 years might also think they should hide from this film. And those who dare to watch but remain faint of heart might still squeal when the ample blood flies and the sharp teeth are bared. But by the time the horror hits in this homage, the deeper truths revealed by the minds, hearts, and history embedded in Alien’s mythos have laid a firm foundation for the excess. There’s meaning packed inside even the most maddening monstrosities and Memory: The Origins of Alien invites those depths to slither to the surface in breathtaking, chest-bursting detail.