Something about the emotional swirl of Trey Edward Shults’ Waves makes this relatively small slice-of-life family drama feel epic and expansive. Clocking in at over two hours, the film takes its time, often engulfing the viewer in explosive color and noise but never rushing through any of its specific beats. Even as the camera wheels and the storytelling suggests an oncoming frenzy, the film’s mood always remains melancholic, inviting introspection and suggesting a deep empathy that juxtaposes with the sometimes-frenetic editing in unexpected, and occasionally profound, ways. 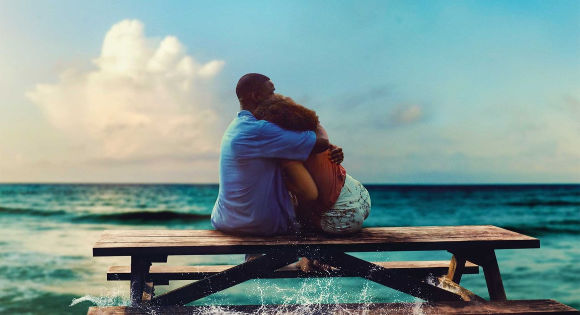 Waves’ plot hinges on a shocking central dramatic moment, occurring almost exactly halfway through its running time, and on either side of this core tragic scene is the story of a sibling in pain. Leading up to the moment is the tale of Tyler Williams (Kelvin Harrison, Jr.), an athletic and studious high school star on the brink of graduation. He is trying to live up to his father’s expectations, experimenting, often explosively, with who he wants and needs to be, and exploring the ups and downs of his romance with his adoring and headstrong girlfriend Alexis (Alexa Demie).

The Williams family is tight-knit, but combustible: Dad Ronald (Sterling K. Brown) is successful but demanding. Stepmom Catharine (Renée Elise Goldsberry) is supportive but stretched. Tyler has been ignoring an injury that just might end his sports prospects while also attempting to solve a newly sticky situation with Alexis. This has all the makings of melodrama, but measured performances and generous storytelling keep Waves steadily moving toward its most explosive moment with disarming authenticity. 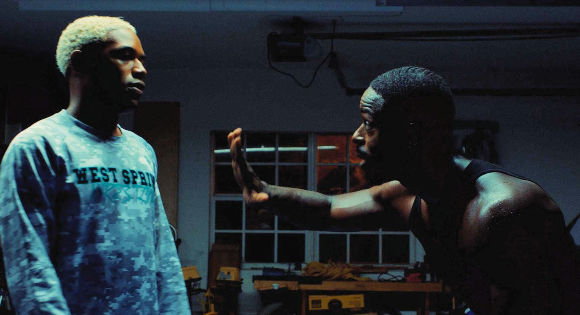 Also laced throughout are the specific societal and personal pressures often imposed on black families in U.S. society, those that demand an often impossible excellence when simple success should do. This adds a layer to the proceedings that subtly interrogates unavoidable issues of social justice and historical inequity.

Eventually, the approaching moment of shock lands with blinding and deafening weight, and on its other side begins the tale of Tyler’s sister Emily (Taylor Russell), shy and in the background in the film’s first half, who is now thrust into an inescapably painful reality she could never have expected. The film’s second half follows Emily as she seeks connection to anyone, anything, amidst the shattered rubble of her family’s past happiness. She tentatively finds some in classmate Luke (Lucas Hedges), a boy who hides his own deep pain, and together they forge a bond that just might invite some light through the cracks that have developed in the Williams’ once-perfect veneer. 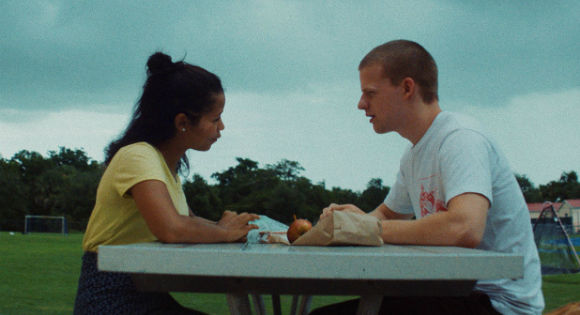 Though further descriptions of this family’s journey must be kept cryptic to avoid spoilers, it’s safe to say that it’s the stuff of nightmares, not of the monsters and demons type but rather of the sort of domestic unraveling that could visit any family through a bad decision made in a split second. At its center, Waves becomes a certain kind of horror movie, bookended with deeply resonant character studies that lift it into a spiritual truth not often seen in more pat family dramas.

Waves refuses to give its characters easy deliverance or to give its audience well tied-up plot threads. What begins as a beautifully shot portrait of family bliss devolves into something hopelessly dark and then develops into something verging on grace-filled. It feels tiny and gigantic, all at the same time, much like most real-life moments that change everything in an instant. With its specificity and sensitivity, Waves reverberates in directions at once surprising and familiar, becoming both the story of a very particular family and, eventually, of every family.

R - language throughout, drug and alcohol use, some sexual content and brief violence-all involving teens