Directed by Thomas Heise
An exhaustive journey through the grief and memories of a family and a nation.

Heimat Is a Space in Time is available to stream through a Virtual Theater until April 5, with 50% of the proceeds going to support the Anthology Film Archives. It is coming to DVD and VOD on April 14.

Thomas Heise has an epic story to tell and he takes his time telling it. The German documentarian has had a long career and his decades of true-to-life filmmaking seem to have all been leading up to Heimat is a Space in Time. Heise’s magnum opus, this expansive chronicle is an immersive, jarring, often disorienting to the point of discomfort trip through Heise’s own family history. By excavating correspondence, resumes, diaries, and other fodder from his prolific relatives archives, Heise invites viewers to observe decades of ups and downs (mostly very low downs), slowly revealing the evolution and devolution of his troubled country through a very specific and often alarmingly intimate lens. 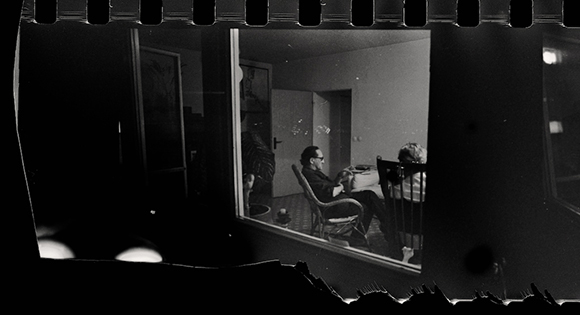 A warning seems imperative: The film’s nearly four-hour running time is a challenge and its style and subject matter will test even those who gamely choose to come along for the ride. Beginning at the start of World War I and stretching up to and beyond the fall of the Berlin wall, Heise’s film often strips away anything but the barest context, leaving the audience to tread water as the filmmaker himself unaffectedly reads from his archival family documents, while these readings are synchronized and juxtaposed against often stunning images from historical and contemporary Germany framed by cinematographer Stefan Neuberger. This isn’t entertainment; it’s education that will be particularly trying if one attempts to take it in in one sitting. Since it is divided into parts, these parts might be more effectively absorbed with significant breaks between viewings.

This is not to say that Heise hasn’t created a nearly hypnotizing, deeply spiritual piece of art. Many of the images and much of the text contain nuggets of dizzying insight, even when it isn’t exactly clear how all of these parts add up. Patterns of characters’ behavior begin to overlap, as do patterns of societal myopia and mob mentality. As these pieces bump up against one another, one becomes ever more grateful that Heise’s family has been so diligent about leaving behind their own writings, their own reflections, their own unique views of the ways that the banality of evil often rises to the surface not in huge and sweeping moves but at an insidiously slow and reasonable pace. 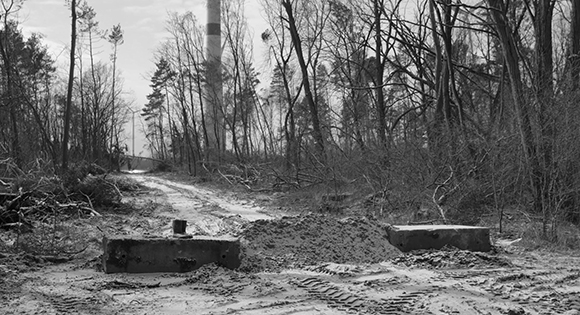 There are moments of stunning power. Heise’s gifts as a prophetic voice shine most daringly during one of the film’s more static, expanded stretches, a full half hour during which letters and diary entries are read while a list of typed names scrolls by. These are the names of Jews who ended up in concentration camps, and as Heise’s ancestors’ voices move from inquisitive nervousness to downright panicked horror, the combined intensity of image and text, though deceptively simple, underlines how quietly fascism can overtake even a seemingly normal society.

This is essential filmmaking, not only as personal family history, but as universally applicable storytelling, especially as such fascistic turns threaten to overtake so much of our contemporary moment. The scope of Heise’s intention might be daunting to those whose spiritual journeying needs a breather between mood swings. But if digested in smaller slices, so that the film’s aesthetic and saga-size don’t overwhelm and can more gently sink in, Heimat is a Space in Time has vision to spare. Heise’s family has seen it all, and the lessons of their lives, when applied to our present, offer epic spiritual tools to transform our own hearts and minds as we take on an uncertain and quickly oncoming future that doesn’t look much different than the mistakes of our past.