Directed by Natalie Erika James
An imaginative and moving depiction of dementia’s toll on a family.

The complicated love between parents and children is a perennial film subject, but it’s perhaps never been so viscerally excavated as it is in Natalie Erika James’ Relic. With a spare script co-written with Christian White, James has built a haunted house thriller that adequately shocks and jolts, but which will be most remembered for its devastatingly moving final moments. Relic is horror, but it’s more a cry for empathy and honesty, posing questions that will linger far longer than any cheap jump scare.

Three generations of women make up the nearly completely female cast. Mother Kay (Emily Mortimer) and daughter Sam (Bella Heathcote) have come home to a small village to find grandmother Edna (Robyn Nevin), a woman living with the early signs of dementia who has gone missing. Upon their arrival, they learn that Edna’s illness has been progressing more rapidly than they’d imagined from their city life in Melbourne. Edna’s cavernous house is littered with debris, reminder notes scrawled in panicked handwriting, and a mysterious black mold that covers the walls. 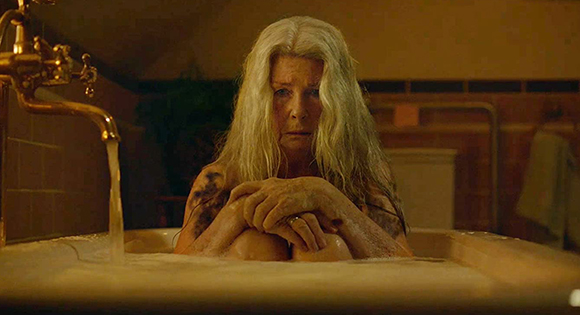 Edna appears within a few days, but the mystery of her disappearance remains. She offers some moments of loving welcome to her daughter and granddaughter, but she seems different. Kay begins to suffer nightmares that appear to include memories of the decline of one of the family’s patriarchs in his own creepy home, a site that Kay remembers as a place of childhood horror. As these murky images couple with Edna’s increasingly mercurial behavior toward Kay and Sam, it becomes clear that Grandma is gone and that something else has entered her body and the house itself, its power threatening all three of them.

The lasting effectiveness of Relic lies in the questions that remain unanswered. As explanations for the mold growing within the house and for Edna’s erratic behavior continue to surface, no ultimate reasoning satisfies. At every turn, the film echoes the maddening insidiousness of dementia, drawing Kay and Sam deeper and deeper into a disturbing understanding of what Edna is experiencing. Eventually, the house becomes a maze-like mirror image of a disintegrating mind and all three women find themselves battling twists far more meaningful and disturbing than first imagined. 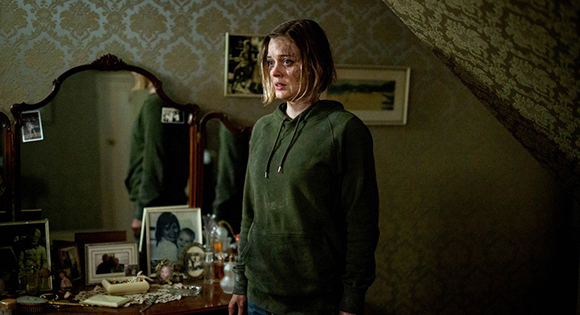 Ultimately, Relic is about family, grief, love, and the inheritance we receive and pass down to one another. James provides some classically terrifying images, but these moments always serve a purpose far greater than fright. Relic’s unsparing dive into the overwhelming dynamics of the unconditional care that descendants must offer their elders offers an unexpected gut punch. It sheds light on the shadowy fact of how quickly the unfamiliar can become familiar, begging for patience and presence, and the quietly earth-shaking final moment is more humane and wrenching than much of what is seen on screen nowadays, let alone in the horror genre. It’s a spiritual call to look deeply into our own selves, the parts we hate, the histories we avoid, the futures we fear, and to hold one another as gently, as unquestioningly, as steadfastly as we know we all need to be held.