Directed by Darius Marder
A quietly powerful portrait of disability, addiction, and recovery.

Ruben, the career heavy metal drummer recovering addict at the center of Darius Marder’s Sound of Metal, is an unexpectedly universal hero. More embodied than simply portrayed by Riz Ahmed, Ruben is a drifter, devoted to his art but constantly in motion, terrified of slowing down, lest he have to simply sit with himself and his thoughts for too long. But at the start of Marder’s delicately mind-blowing film, stopping to pay attention (to both his body and his need for speed) is exactly what Ruben is forced to do.

Appropriately, Ruben is first encountered in his sweet spot, banging on his drum kit as he accompanies the wails of his girlfriend Lu (Olivia Stone). The two are on tour, playing dark bars and traveling together in a cramped RV, both enjoying the excitement but also weighed down by an immediately apparent desperation. It will later become clear that these two are more than just creative partners. The four years that they’ve spent together has saved both of their lives, pulling each of them out of their respective addictive abysses and pointing them toward the light of a love that seems to simultaneously steady and confound them both.

When Ruben starts to lose his hearing and is told by a specialist that this onset is just the beginning of a decline into deafness, the thin foundation that has been keeping him afloat becomes apparent. Spurred on by the suggestion that an expensive procedure (that isn’t covered by insurance) might help to recover some of his ability, Ruben essentially attaches the addictive parts of his personality to an attempt to find the money as quickly as possible so that he can return to the grinding, steady rhythm that has kept him moving since cleaning up his act. For Ruben, any interruption to his planned beats threatens to derail him and, with the help of an unseen friend from the past and much to his chagrin, he finds himself checked into a recovery facility for people with disabilities run from the curtly kindhearted Joe (Paul Raci). 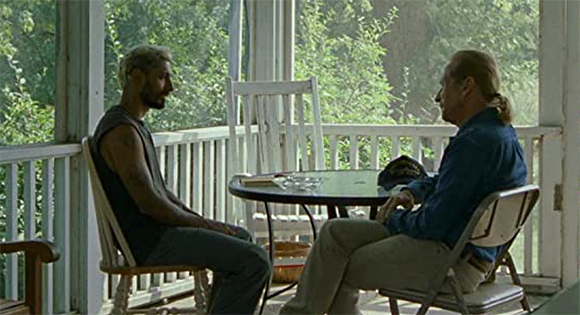 From here, Sound of Metal’s surprises, supported by an ingenious and discombobulating sound design by Nicolas Becker, unfold in uncommonly subtle ways. Ruben’s parallel journeys, both his introduction to and induction into the deaf community and his jittery, self-imposed push to find the money and connections to get his corrective surgery as quickly as possible, butt up against one another, creating a tension that asks challenging ethical and spiritual questions that linger long past the film’s tight two-hour running time.

Ruben’s revealing encounters with Joe, a recovering alcoholic who lost his hearing following the explosion of a bomb while serving as a soldier, offer deep dive dissections of the multiple dilemmas Ruben is facing. What does it mean to “fix” a disability? What opportunities await those who will allow themselves to stop and sit in stillness and quiet? From what actual introspection is our addiction to the noise of our daily lives protecting us? 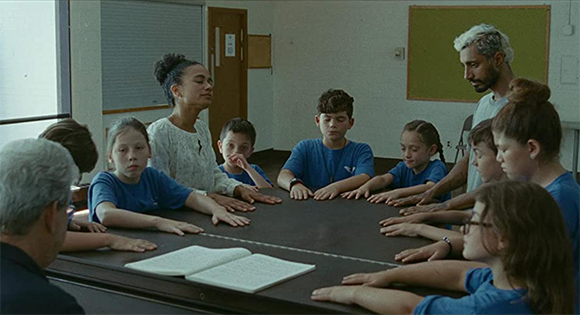 Though effectively focused on a very specific experience and community, Sound of Metal offers a profound take on the intricate balancing acts involved in all human experience. We are increasingly distracted and rushed. In a world filled with so much sped-up diversion, calls to more intentional attention and connection is at best often annoying and at worst completely disorienting. To what new sounds and visions might a complete reorientation to our own daily experience call us? Even if our experiences are not as harrowing as the one featured in Sound of Metal, the continuing call to transform our relationship to time, stillness, and silence is one for which it is well worth slowing down.