Judas and the Black Messiah

The true story of the enraging events that led up to the 1969 assassination of young Black Panther Party (BBP) leader Fred Hampton deserves the utmost care in retelling, and Shaka King’s Judas and the Black Messiah is as close to perfect as it gets. Packed with powerhouse performances and artfully building to its inevitable climax, the film not only interrogates the history of government-sanctioned brutality against Black people, but it brings to dynamic, energizing life the creative potential of Black community organizing.

In 1967, Hampton (Daniel Kaluuya) was identified by the FBI as a “radical threat” and the Bureau set out to spread disinformation about him among Black organizers, aiming to undermine both his leadership and to dismantle the growing accomplishments of revolutionary Black collectives. Judas and the Black Messiah picks up in the midst of these nefarious plans as FBI agent Roy Mitchell (Jesse Plemons) arrests Black teenager William O’Neal (LaKeith Stanfield) for car theft and officer impersonation. O’Neal is offered a choice between sitting in prison for five years or aiding the Bureau in infiltrating the Black Panther Party. O’Neal signs on as an informant and before long is regularly rubbing elbows with Hampton. 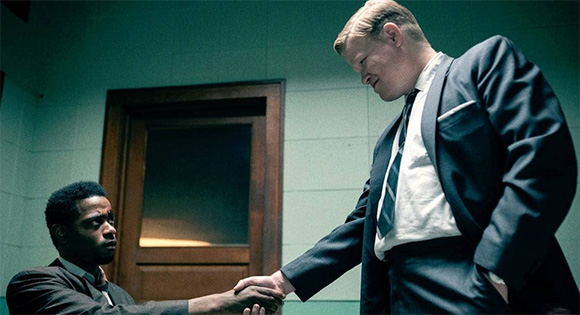 As O’Neal climbs the ranks within the Illinois BPP and shares his findings with the Feds, he easily slides into the “Judas” role of the film’s title. But even as O’Neal epitomizes the betrayal expected of such a double-crosser, the ultimate deceiver of the film is the violently fearful white supremacist system that has preyed on his vulnerability and pressured him to turn on his own community while the societal power stays squarely in the hands of those who already have and abuse it. It’s a heartbreaking truth that never lets O’Neal off the hook, but gives much needed nuance to the complicated layers informing his actions.

The mounting tension tied to O’Neal’s deception definitely drives the plot, but ample space is given to deep exploration of Hampton’s charismatic leadership and of the BPP’s important social programs. Through both tender dialogues with his partner Deborah (Dominique Fishback) and inspiring speeches in front of rapt crowds, Hampton comes across as thoughtful and dynamic, committed to the cause, but also devoted to the human beings at the center of that cause, and the BPP under his leadership is shown creating and sustaining groundbreaking social work. Through important community offerings like the Free Breakfast For School Children Program and the multicultural Rainbow Coalition, the BPP changed countless lives and the course of U.S. history. Judas and the Black Messiah pays necessary homage to these monumental achievements, dismantling the racist ways that the BPP’s social programs have been downplayed in order to paint them in a violent light. 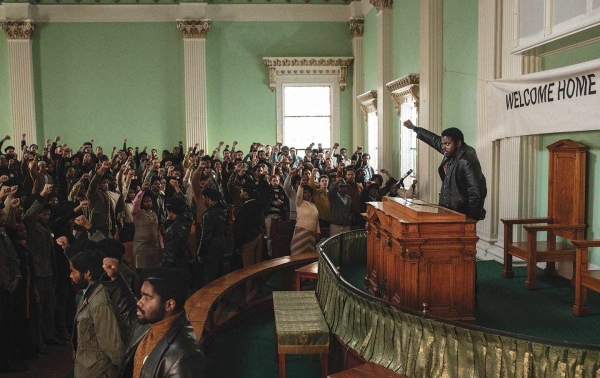 While the spiritual and communal creativity of the BPP is resurrected in these scenes of mutual aid, it is juxtaposed with the government-sanctioned violence that steals Hampton’s life in the film’s final moments. Hampton was only 21 when the FBI ambushed his apartment, firing over 80 shots into his apartment while only one shot was fired from inside. As Judas and the Black Messiah’s minutes tick by, that fateful night becomes more and more obviously inescapable, but by the time the film reaches this maddening moment, Shaka has threaded so many rich characterizations, images, and themes throughout that the cruelty shocks in profoundly shattering ways.

Echoes of more recent examples of Black lives ended by police are evident in this agonizing scene and in the end, Judas and the Black Messiah moves from serving as a snapshot of a specific moment of savage history to raising a clarion call for the United States to not only unearth its historical transgressions, but to realize that these wrongs have yet to be intentionally questioned and addressed. The true betrayal at the heart of this and so many stories of systemic racial violence is the white supremacist lie that keeps the nation from actually unearthing the evil of its original sin and committing to embodying a new soul. Though those in fear-filled power continue to threaten, the visionary potential of Black organizing remains alive and well, flourishing before our very eyes. It is past time that we dismantle our toxic systems and make way for these deferred dreams to take the lead.