The United States vs. Billie Holiday

Directed by Lee Daniels
A passionate depiction of a resilient artist and her creative act of protest.

Of his latest creation, The United States vs. Billie Holiday, director Lee Daniels declares: “This isn’t a biopic . . . It’s a call to arms,” and this intention resonates throughout the film. The very high highs and very low lows of Holiday’s career and life make up the story’s well-trod skeleton, but the movie’s muscle, even if some of it is based in mythology, comes from its clear connection to the ongoing legacies of white supremacist violence against Black bodies and lives that still infect our living history.

Lee has taken the seed of a little-circulated fact about this storied singer and shaped an impressionistic assortment of scenes around it, showing the amazing artist that the world knows Holiday to have been and revealing the angry activist that she was forced to become because of the rallying power of one song. It’s an upsetting and disjointed journey, but the urgent imperative at the core of its message, coupled with a breathtaking performance from Andra Day, makes the disorienting ride unforgettable.

“Strange Fruit,” the song that was made famous by Holiday and was inducted into the Grammy Hall of Fame in 1978, is a celebrated masterpiece depicting the horrific images of lynched Black people in poetry and melody; it gets under the skin and stays there. But before Holiday’s rendition was officially uplifted by the Grammys, it was a prickly protest cry that kept getting her in trouble whenever she dared to sing it. 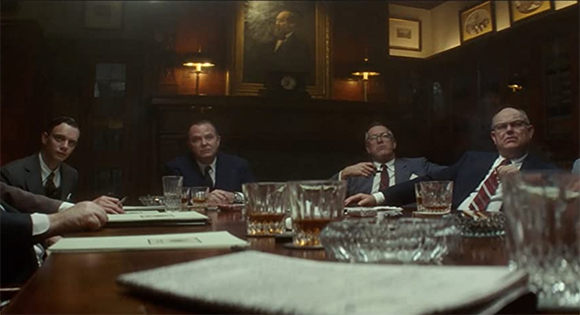 The song was composed by Abel Meeropol based on a poem he wrote in 1937, the same year that the United States Senate failed to pass an anti-lynching bill. Holiday first performed this harrowing piece at Café Society in 1939. Along with bringing the singer fame, the song soon caught the ear of the FBI, especially Harry Anslinger (Garrett Hedlund) of the Federal Bureau of Narcotics, whose racist ideology convinced him that the lyrics’ message would incite a Black civil rights movement that needed to be extinguished before it could start.

The United States vs. Billie Holiday, adapted by Suzan Lori-Parks from chapters of Johann Hari’s Chasing the Scream: The First and Last Days of the War on Drugs, follows Anslinger’s crusade to ruin Holiday by continually bringing her up on drug charges. He’s aided by conflicted Black FBI officer Jimmy Fletcher (Trevante Rhodes), whose shifting loyalties to his work and to the magnetic and fragile singer prove to cause continual suffering for them both. 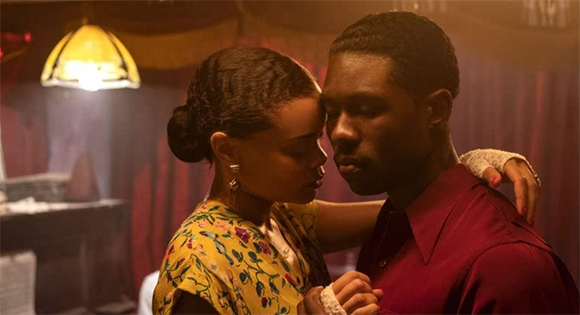 Moving back and forth between gorgeous onstage performances and devastating offstage scenes of drugs and violence, the last few years of Holiday’s short and difficult life are the main event. The constant push and pull between creativity and destruction so often depicted in artist biopics often feels familiar, but the resilient power of one song to inflict so much terror into the hearts of white men in power proves a thread that keeps the entire enterprise from dipping too far into triteness. When “Strange Fruit” is eventually and defiantly sung in its entirety well into the film’s running time, it’s both a painful and triumphant act, one that shows just how dangerous an artist can be to those accepted status quos that reinforce lazily accepted systemic violence.

Ultimately, many of the facts of Holiday’s life remain murky, and The United States vs. Billie Holiday doesn’t always dig as deep as it could to reveal the woman beneath the talent and the trauma. But as a call to arms, the film works. Over eight decades after Congress failed to pass that 1937 anti-lynching bill, the Emmett Till Antilynching Act (H.R. 35) still awaits passage in the United States Senate. The lyrics of “Strange Fruit” still horrify, not only as historical documentation, but as indicting words that cut to the heart of the violent white supremacist lies that continue to murder so many Black bodies. 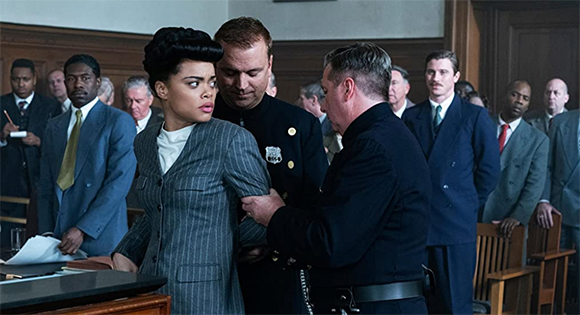 Billie Holiday’s utterly unique voice may be remembered and recorded for all of us to enjoy for centuries to come, but The United States vs. Billie Holiday makes the case that her utterly unique activist voice should be just as revered. It’s an argument that should shake our spirits awake and move us to raise our own rallying cries.