Who We Are: A Chronicle of Racism in America

Directed by Emily Kunstler, Sarah Kunstler
A startling and thoroughly researched documentary about the history of slavery and racism in the United States.

Jeffery Robinson has been a lawyer for 40 years, including a stint as the ACLU Deputy Legal Director. He was 11 years old when the Rev. Dr. Martin Luther King, Jr., was murdered in his hometown of Memphis, Tennessee. He recalls marching with his father during the Memphis Sanitation Workers strike and the shooting of a black youth close to his age by police. When he began raising his 13-year-old nephew, he realized he would have to talk with him about racism. And although he had received an excellent education, including Harvard Law School, he discovered that there was much he did not know about Black oppression and white supremacy. He began to share what he was learning with audiences in community centers, colleges, and elsewhere. 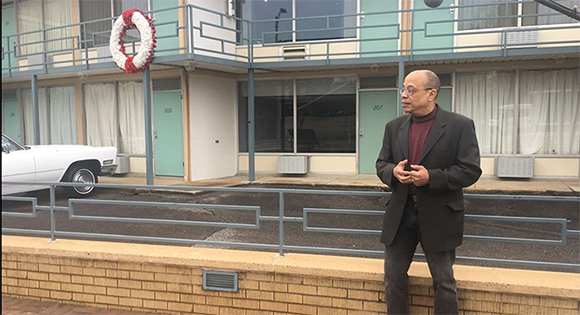 This documentary records his presentation at the historic Town Hall Theater in New York City. Mixed in with his talk are clips from his conversations about racism in America with a white supremacist holding a Confederate flag, the twin sister of a Black family man shot by police on the highway, and others. In Charleston, he stands under the oak tree in the middle of town where lynchings took place.

The curator of the Old Slave Mart Museum explains how slaves were prepped and dressed up before being sold and how even little children were kept in shackles. On the site of the slave market in New York City, we learn that in the 1770s, 1 in 5 New Yorkers were enslaved persons. When the slave trade was shut down in the early 1880s, the plantation owners began breeding programs with Black women so that there were 4 million slaves by 1860. 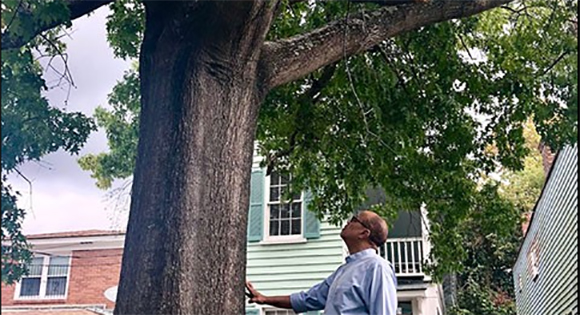 Robinson is concerned that whoever controls the past controls the future. In many Southern schools today, the children are being taught that slavery was a side issue in the Civil War. Key events, such as the fire bombing of the Black neighborhood in Tulsa, Oklahoma, in 1921, are ignored.

Robinson identifies several points in history when it looked like the country had reached a tipping point and was ready to truly address racism. An illustration behind him on the stage shows a ball at the top of a hill. But each time, something happened, and the ball rolled back down the hill.

Racism, he explains is not just about prejudice. It also is about social power and legal authority. Unless the people of the United States face who we really are and what we have done in our history and still are doing today, we are going to have to deal with the sad and lamentable effects of racism on all peoples.

To read more about this important film, including a director’s statement, visit its website thewhoweareproject.org. An excellent collection of anti-racism resources can be found here.