Directed by Scott Hicks
A beguiling coming-of-age drama in which an older man mentors a young boy in the beauty and the terror of the world.

Bobby Garfield (Anton Yelchin) lives in a Connecticut town in the 1960s with his widowed and self-absorbed mother (Hope Davis), who constantly complains about everything. This eleven-year-old has wanted a new Schwinn bike for his birthday but she gives him an adult library card instead, saying it is all they can afford.

Everything changes in Bobby's life when Ted Brautigan (Anthony Hopkins), a well-read and well-traveled man who's very tight-lipped about the specifics of his past, moves into the room upstairs. He immediately becomes a mentor to the inquisitive boy offering him a dollar a week to read him the newspaper, claiming his eyes are going bad and aren't what they used to be. Brautigan calls time "the old bald cheater," attributing the quotation to Ben Jonson, an English writer with flatulence. The boy is amused by this description.

He also senses that this mysterious man wants something more for his dollar, and he's right. Brautigan wants the boy to notice all the things that are happening around him, so he gives him the additional assignment of watching out for "low men" — dangerous individuals in dark suits who ride in flashy cars and leave notes about lost pets on telephone polls. He calls these men bullies and thugs who cast long shadows. Brautigan has something they want back under their control.

With an ease and virtuosity that is amazing, director Scott Hicks (Shine) imbues this fascinating coming-of-age drama with remarkable scenes and an astonishingly rich collection of performances by Hopkins, Yelchin, and Mika Boorem as Carol Gerber, Bobby's girlfriend who has, in Brautigan's words, "the heart of a lion." The scene when the two teens ride a Ferris wheel at a local fair and he plants his first kiss on her lips is a wonder to behold with its innocence and naturalness. Another, where Bobby rescues her after she's been beaten by a local bully, captures the ardor and willpower that the boy's mentor has drawn out of him.

Veteran screenplay writer William Goldman (The Princess Bride) has done a masterful job adapting two Stephen King stories for the screen. In the spirit of Stand By Me and The Shawshank Redemption, this spellbinding movie refuses to back away or soft-peddle the inherent violence in human nature. In one of his many reveries, Brautigan says to Bobby: "Sometimes when you're young you have such moments of happiness, you think you're living in some place magical like Atlantis must have been. Then we grow up and our hearts are broken in two."

This drama sets before our eyes the magic and the heartbreak of the experience of maturing. Brautigan is a gifted and sensitive spiritual teacher with special powers who bequeaths to Bobby the importance of keeping his eyes open, standing up for what he believes in, and never for one second taking for granted the abundant surprises that life brings our way. "Ah, what a world," Brautigan says with a hint of respect for the both the beauty and the terror it contains. 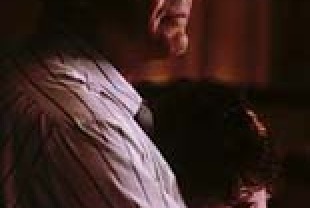