Directed by Walter Salles
A totally absorbing Brazilian drama about the loving and self-sacrificing act undertaken by a young boy to liberate two feuding families from an endless cycle of revenge and retaliation.

In the remote northeastern badlands of Brazil where the sun beats down on the earth relentlessly, a few families try to survive. Two of these clans have been feuding over the land for many years. A culture of revenge is the only way they know, and it has been passed down through the generations.

The narrator for this primal tale of violence, who expresses the yearning to break the cycle of death, is Pacu (Ravi Ramos Lacerda), a young boy. He joins his mother, father, and two brothers in the back-breaking work at their ox-driven sugar cane mill. The family is bereft when the eldest son is shot dead by one of the neighbors' young men. They hang his bloodstained shirt in the yard and patiently wait until the stain turns yellow. Then it is the responsibility of Tonho (Rodrigo Santoro), now the eldest son, to avenge his slain brother. He tracks the killer down as if he were an animal and shoots him dead.

Tonho goes to the funeral and asks the victim's blind grandfather (Othon Bastos) to accept a truce and end the violence. The elder gives him until the next full moon, telling the 20-year-old boy that he doesn't have much time left on Earth.

Pacu's life is changed when Clara (Flavia Marco Antonio), a performer in a traveling circus, gives him a picture book about fish and mermaids. A portal is opened to an alternate world and the boy's imagination begins working overtime — much to the dismay of his father. His mother orders him to stop looking at the book. "You'll ruin your eyes," she says.

Pacu's yearning for freedom is passed on to Tonho, who's very close to his younger brother. Realizing how much he has missed in life, he escapes to spend some time with Clara and her stepfather as they perform in a small community nearby. In one of the film's most lyrical moments, Tonho holds a hanging rope while Clara twirls above him in an intoxicating act of beauty and freedom.

Seeing the joy on his brother's face when Clara arrives at their home to spend a night of love with Tonho, Pacu decides to take upon his small shoulders the responsibility for ending the senseless cycle of feud violence. Salles shows us through this powerful parable that true peace will come only when individuals disarm their hearts and act in the name of love.

Walter Salles (Central Station) has adapted this intensely absorbing drama from a story by Albanian novelist Ismail Kadare. The cinematography by Walter Carvalho makes exquisite use of the natural light of the rugged Brazilian countryside. The DVD edition, presented in widescreen, has an English track, a Portuguese language track, and another that includes subtitles for the hearing impaired. 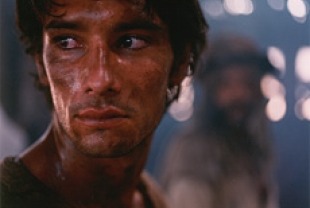 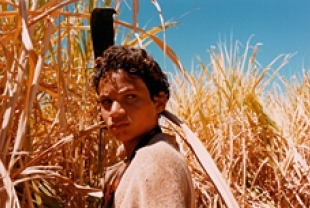 PG-13 - some violence, scene of sexuality