The Scent of Green Papaya

Directed by Tran Anh Hung
A Vietnamese masterpiece about a servant girl's spiritual practice of attention and her mastery of the inner smile.

In this beautifully filmed drama, ten-year-old Mui (Lu Man San) arrives from the provinces of Vietnam to work as a servant girl in the home of a Saigon merchant family. The year is 1951. She is a shy and resourceful girl whose tasks include preparing and stir-frying vegetables, serving meals, dusting, scrubbing the tile floors, and polishing shoes.

While Mui adapts effortlessly to her responsibilities, the merchant family doesn't fare as well. The mother, who is still mourning the death of her daughter, is abandoned by her husband. Her two youngest sons act out their anger. The grandmother who lives upstairs grieves the loss of her loved ones.

Like the ripening papaya, Mui blooms into a beautiful young woman (Tran Nu Yen-Khe) and eventually moves on to serve in the house of a musician/composer (Vuong Hoa Hoi) whom she has secretly adored for many years.

Writer and director Tran Anh Hung sees The Scent of Green Papaya as a portrait of a tranquil Vietnam unknown to most Westerners. On another level, the film is about everyday spirituality from an Eastern perspective. Mui, as a young girl, has learned the art of stopping the world. She savors the drop of milky sap on a leaf and looks with wonder at an ant carrying a heavy load. She dances the day instead of working it by relaxing into her chore. She has mastered the inner smile; her entire being radiates warmth and peace. And as a young woman, Mui shows that one must be patient with love, allowing it to unfold in its own special way. Then it can be cherished and tasted slowly.

This Vietnamese film was nominated for an Academy Award in the Best Foreign Language Film category. It is a lyrical and magical movie-masterpiece — one of the best films of 1994.

Special features on the DVD include a behind-the-scenes featurette and a stills gallery. 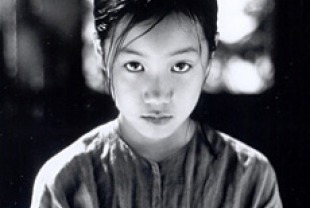 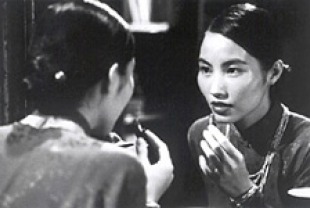