Directed by Antonia Bird
A hard-hitting film about some of the challenges facing clergy making it clear that there is no future for any church that disregards forgiveness.

Father Greg (Linus Roache) arrives at a poor, inner-city Liverpool parish fresh out of seminary. He is an idealist who espouses a middle-of-the-road Catholicism. His colleague, Father Matthew (Tom Wilkinson), on the other hand, is a middle-aged social activist who uses the pulpit to rail against injustice. He also is having an affair with their housekeeper.

Father Greg has secrets of his own. At night he visits a gay club where he meets Graham (Robert Carlyle) and later has sex with him. The next day during confession, 14-year-old Lisa Unsworth (Christine Tremarco) reveals that her father is sexually abusing her. Because of the sanctity of the confessional, Father Greg cannot tell anyone, not even the girl's mother, about the abuse. He does confront Mr. Unsworth (Robert Pugh) who defiantly defends his incestuous actions and tells the priest to mind his own business.

This hard-hitting film, directed by Antonia Bird and based on a screenplay by Jimmy McGovern, is one of the few in recent years to seriously look at some of the challenges and problems facing clergy. Both of these priests are wounded healers battling not only their own inner demons but the problems of society, the insensitivity of superiors, and the complicated ethical dilemmas of their parishioners.

All hell breaks loose in Father Greg's life when Mrs. Unsworth (Lesley Sharp) catches her husband with her daughter and blames the priest for not stopping them. Then Father Greg's homosexuality is broadcast to the community via an expose in the newspaper. After unsuccessfully attempting suicide, he is assigned to another parish. Father Matthew locates him and convinces him to come back and say Mass with him.

The last scene in the film takes place in the Liverpool church where angry and homophobic parishioners confront Father Greg. When the few remaining members of the congregation queue up to receive Communion, a surprising act of grace takes place, sweeping away much of the pain and the prejudice that precedes it.

Priest makes it clear that forgiveness is one of the most distinctive marks of Christianity and there is no future for any church that disregards it. Forgiveness clears a space in time where people can admit their failures and still reach out to each other in love. The film also proclaims that the church must be a place where variety and openness reign. In such a divine milieu, forgiveness is cherished as a powerful antidote to divisiveness and bigotry. 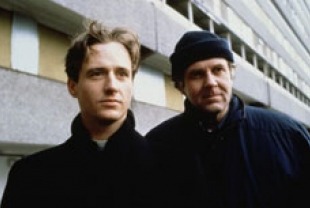 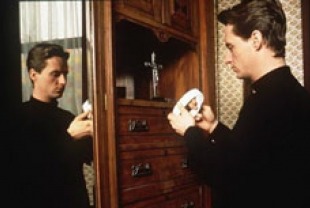