Directed by Paul Schrader
A film about a middle-aged man who longs for meaning and the grace that can change his life.

John LeTour (Willem Dafoe) is a middle-aged New York City drug courier who wants to get out of the business. His feelings of restlessness are galvanized when his boss, Ann (Susan Sarandon), decides to give up the cocaine trade for cosmetics.

LeTour is a quiet and reclusive man who lives alone. In one of his diary entries, he writes, "I can be a good person. What a strange thing to have happen halfway through your life."

His yearning to become more responsible and caring is put to the test when he bumps into his former wife, Marianne (Dana Delany). He wants to reestablish their relationship; she refuses. When she meets an untimely end, LeTour is frightened that his luck has run out.

In an interview about Light Sleeper, writer and director Paul Schrader stated: "You start to see the connections between what they call luck and what we call grace. You start to see what they're struggling for is some kind of divine magic that will protect them. That's not different from a kind of spiritual longing."

This theme of the longing for meaning is one Schrader has pursued in other films he has written (Taxi Driver, American Gigolo). Here it really works well. In a frantic search for an exit out of his old life, LeTour finds that the saving grace he's been looking for has been right in front of him all along. 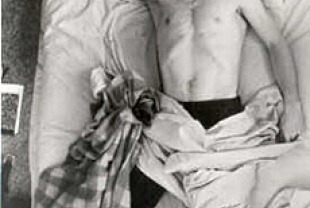