Directed by Roger Michell
An ethically rich drama about troubles as a key to personal transformation.

When we experience obstacles, tribulations, or personal disasters, it can go either way with us. We can turn bitter and cynical or we can deepen our humanity and enlarge our souls. Caught in "the place of the squeeze," as Buddhist Pema Chodron calls a situation of such vulnerability, we can either shut down or open up to personal transformation. Changing Lanes is a character-driven drama that explores this territory with a laser-like intensity. It is one of the best movies of the year.

Being equal to the hindrances that confront us is no easy task, especially in an urban milieu where speed, anger, impatience, and incivility prevail. Doyle Gipson (Samuel L. Jackson), an insurance company agent, is on his way to court in a last-ditch attempt to keep his family together. He's a recovering alcoholic whose wife Valerie (Kim Staunton) is in the process of moving with their two young sons to Portland, Oregon. Doyle has just purchased a home in Queens to persuade her to stay.

Gavin Banek (Ben Affleck) is a hotshot 29-year-old Wall Street lawyer who is married to the daughter (Amanda Peet) of one of his firm's partners, Delano (Sydney Pollack). He is going to court to handle a probate case involving a $100 million trust set up by a recently deceased tycoon that is being challenged by his granddaughter. While he is changing lanes on the FDR Drive, Banek car crashes his car into Gipson's. In a rush and unwilling to deal with the situation, the lawyer tries to write the insurance agent a check for the damages. Gipson's plea that "it is important that we do this right" is ignored as Baneck drives away saying, "Better luck next time."

In court, the lawyer realizes that he has left at the crash scene a crucial file proving that the tycoon signed a paper handing over the trust's management to Banek's bosses. Meanwhile, Gipson arrives at the courthouse 20 minutes late and is unable to convince the judge to change his decision giving Valerie permission to move with their sons to Oregon.

Both men find themselves in a situation of jeopardy and great vulnerability. Instead of taking responsibility for their actions, however, they choose to enter into a vengeful battle with each other. Banek, who has more resources at his command, hires a hacker to push Gipson into bankruptcy at the very moment when his bank loan is about to be approved for purchase of his new Queens home. But the insurance agent has some nasty tricks of his own to unleash on his adversary.

The twists and turns of this ethically-charged screenplay by Chap Taylor and Michael Tolkin (The New Age, The Rapture) are enhanced by setting the battle of wills between the two men on Good Friday. One crucial scene takes place in a church where Banek talks to a priest about the meaning of all the chaos in his life and concludes "Maybe God wanted to put two guys in a paper bag and let 'em rip." In another scene, a picture of Jesus is conspicuous in Gibson's new house. Of course, the Man from Nazareth always has something to teach us in everyday situations. Here we recall that the obstacles on his journey were occasions for his character to be forged and his faith in God to be deepened.

Gipson and Banek struggle mightily with their demons. The insurance agent doesn't grab a drink but as his AA sponsor (William Hurt) warns him, he's addicted to chaos. Banek's eyes are opened to the slippery slope of ethical perfidy he's fallen into in several discussions with Michelle (Toni Collette), a colleague and his ex-mistress; his wife; and some idealistic young lawyers he's interviewing for the firm. Equally edifying is Delano's confession to his son-in-law: "At the end of the day I do more good than harm. What other standard have I got?"

Hats off to Roger Michell (Notting Hill) for his skillful direction of this character-driven drama. Also kudos to the top-notch editing by Christopher Tellefsen. We need movies like this one to help us see that "the place of the squeeze" is often a reset button that can propel us to transformation.

The DVD includes an audio commentary by the director and a “Making of” featurette. Thre is also a short feature with the writers, Michael Tolkin and Chap Taylor, called “The Writer’s Perspective. They speculate on what might have happened had characters acted differently, a good exercise for anyone watching the film as well. 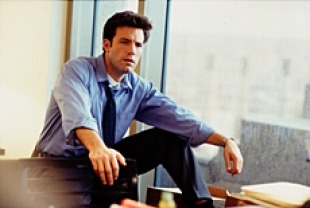 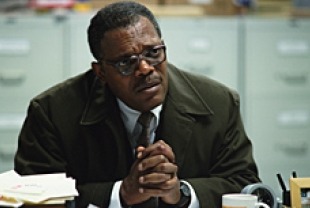