Directed by Christine Jeffs
A beguiling drama about a hurting family who, lacking openness and trust, fail to communicate.

Ed (Alistair Browning) and Kate (Sarah Peirse) have rented a seaside cottage for the holidays in New Zealand. The year is 1972. Thirteen-year-old Janey (Alicia Fulford-Wierzbicki) spends a lot of time with her younger brother Jim (Aaron Murphy) swimming, fishing, and playing on the beach.

After years of marriage, middle-aged Kate is restless. She begins an affair with Cady (Marton Csokas), a photographer whose boat is moored nearby. The ever observant Janey spots what is going on before her father does. Soon the whole family experiences a quiet change in dynamics. Kate cocoons herself in secrets; Ed drinks himself into numbness at various evening parties; and the two children exhibit anxiety about the growing rift between their parents.

Christine Jeffs has accomplished an amazing feat in her directorial debut. She proves to be a masterful mood maker. Her screenplay, based on a novel by Kirsty Gunn, vividly explores the subtleties of the four main characters. This skillful combination of mood and character turns Rain into a beguiling and hyper-sensitive anatomy of a hurting family where openness, trust, and honest communication are lacking.

At the hub of this fascinating drama is the incredible performance by Alicia Fulford-Wierzbicki. Janey is blooming into womanhood while Kate laments the flaws and diminishments of middle age. The ensuing clash between mother and daughter is perfectly presented in a series of scenes where the two talk about dresses, boys, and pictures taken by Cady.

Aaron Murphy as little Jim puts in what has to be one of the most astonishing natural performances of a kid in many a moon. Even as a youngster, he senses the disequilibrium in the family circle and feels at a loss for what to do about it. Rain is a mesmerizing film that seizes your senses and in the end will leave you shaken. 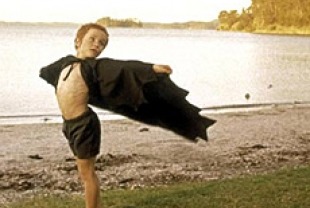 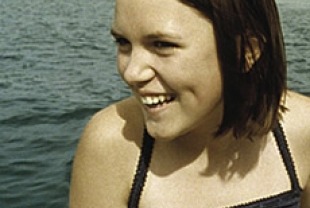