Directed by Babak Payami
A playful Iranian parable about freedom and the need for openness wherever people are experimenting with democracy.

To vote in a free election is a privilege anywhere in the world. It's a wonder that so few citizens avail themselves of this right. This parabolic movie explores some possible explanations.

It is Election Day on a small Iranian island and an airplane drops the ballot box down to the ground in a parachute. A soldier retrieves the box filled with registration materials and ballots. Another soldier (Cyrus Abidi) is told that an election official will be arriving soon. He is astonished when this person turns out to be a young woman (Nassim Abdi).

Although the soldier is wary about taking orders from a woman, he sees that she is firm in her resolve to gather votes from all over the island. He agrees to drive her in his weather-beaten jeep. The first citizen they come across is a man who is running. The soldier, whose job it is to capture smugglers, believes the man is a thief. Actually, the fellow just turns out to be frightened of soldiers. The election official criticizes the soldier for taking out his gun, telling him that weapons scare people and they need to feel free on Election Day. The man votes and leaves.

The next encounter is with a truckload of women. The male driver in charge wants to cast all of their votes. The election official tells him that it doesn't work that way and then goes on to explain the entire process. In another spot, women in a nomadic camp refuse to vote without the permission of the men. A matriarch at another location doesn't show her face, and the election official decides that she has no need of government since she's the boss of her camp. A devout Muslim at a solar energy site tells her that God is his candidate.

Secret Ballot, directed by Babak Payami, is a playful Iranian parable about openness, particularly the need for people of diverse political perspectives to get along with each other despite their ideological differences. Throughout the long, hot, and dusty day, the idealistic election official and the cynical soldier express their disagreements. In one of the most poignant moments, the soldier refuses to move past a stop sign until it turns to green. The woman knows that it is broken but he refuses to break the law. Finally, the soldier succumbs to her insistence that she must return to the dock or she'll miss the boat that is coming to pick her up. They don't make it in time. What the government then sends to take her away totally amazes the soldier. 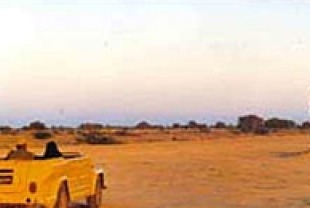