In The Fifth Element, the year is 2259 and the world is under siege. A huge expanding black ball is hurtling toward the earth and destroying everything in its path. According to a priest (Ian Holm), the only thing that can save humanity is four stones representing earth, wind, fire, and water. But they must be melded with a mysterious fifth element.

That fifth element turns out to be Leeloo (Milla Jovovich), a red-haired supreme being who while on earth learns more about the human propensity for violence than she wants to know. She teams up with Korben Dallas (Bruce Willis), a Special Forces dropout, to take on a greedy industrialist (Gary Oldman) who has allied himself with the forces of death.

The Fifth Element is a slam-dunk sci-fi extravaganza written and directed by Luc Besson (La Femme Nikita, The Professional). It is propelled by a lively assortment of special effects, exotic sets, and wild costumes.

Although there is plenty of action, adventure, and carnage delivered by big boys playing with big guns, the saving grace here is the supreme being's advocacy of love. That surprise makes The Fifth Element a very special sci-fi drama. 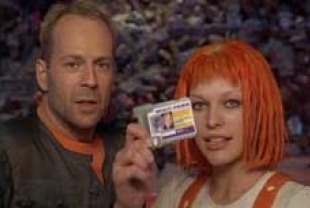 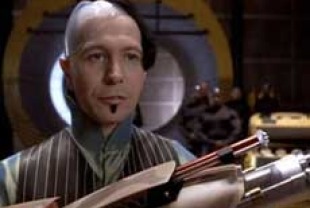