Directed by Douglas Trumbull
Morally challenging science fiction drama with a protagonist who is a genuine ecological hero.

The Earth has become defoliated. An ecological preserve has been lofted into space containing the last specimens of green plants and wildlife. Four astronauts man the space freighter Valley Forge. One of them, a botanist named Freeman Lowell (Bruce Dern), works in the geodesic domes containing a forest lush with plants, trees, and a variety of animals. In his spare time, he tries to convince his three ecologically apathetic companions about the beauty of nature and his dream that future generations on Earth will be able to enjoy the smell of flowers and the taste of natural food. Then, when the space control station on Earth orders the men to terminate the project by destroying the domes with bombs, Lowell revolts. He kills his three co-workers, pirates the space freighter, and sets the ship catapulting off-course toward the rings of Saturn.

Now Lowell's only source of companionship are three maintenance drones, pint-sized robots. He names them Huey, Dewey, and Louie and programs them to follow him around and respond directly to his voice. They play poker with him and help care for the forest. But the anthropomorphized robots cannot alleviate Lowell's loneliness or feelings of guilt. As the ship moves away from the sun, the plants begin to die.

Eventually, Lowell is located by the space command center. Told to prepare for boarding by other astronauts, he realizes that he has gone too far to back down. He programs Dewey to be caretaker of the forest and jettisons the garden dome off into space — an Eden of artificial sunlight containing the last remnant of the Earth's lost grandeur. He then does what has to be done with his own ship.

Silent Running is an excellent science fiction film for the whole family. It marks the directorial debut of Douglas Trumbull, the special effects genius of Stanley Kubrick's 2001. He has fashioned a dramatically exciting and morally stimulating exploration of humankind's relationship to nature and technology. In 2001, Hal the Computer was a giant malevolent machine. Trumbull's Dewey, Huey and Louie look like miniature TV sets; they are obedient, benign, and quite lovable. Technology, according to the director, can be controlled and used effectively for humankind.

Silent Running surpasses other ecology films in its ability to stir our awareness and imaginatively create concern for the consequences of ecological neglect. Trumbull advocates a wiser used of our natural resources and a caretaking attitude toward the earth. He gives us a hero who is so committed to his innocent siblings in creation that he's willing to take a moral stand. His ecological conscience is a challenge to us all. 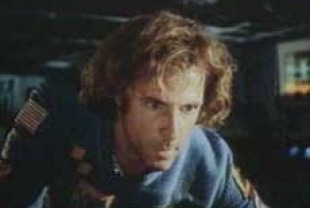