Directed by Graham Judd
Takes a wide-ranging look at the people, in all their diversity and mystery, and how they feel about their faith, Islam, and its role in changing times.

Muslims, a two-hour documentary directed by Graham Judd that originally aired on PBS on the series "Frontline," focuses on a people who make up one-fifth of the world's population. Their religion, Islam, is the fastest growing in the world. Yet Muslims remain a mystery to most Americans. This wide-ranging production features segments on Iran, Nigeria, Egypt, Malaysia, Turkey and the United States, with emphasis on the role of Islam in movements for political and social change. The documentary also looks at the responses of believers to modernity, globalization and immigration. "With tensions between Islam and the West at an all-time high, there is a need for a new perspective on Muslims and Islam," says executive producer Alvin H. Perlmutter. "Through portraits of Muslims around the globe, we reveal the many diverse interpretations of Islam, as well as the struggle to adapt to the modern world."

In the opening segment, Sheik Abdul Mauwith, an Islamic scholar at Cairo's Al Azhar University, answers Muslims' questions regarding right and wrong as defined in Islamic law, or Shariah. He believes strongly in adhering strictly to the traditions of the faith. In Nigeria, Dr. Datti Ahmad, President of the Supreme Council on Shariah, agrees. In this country, many states have adapted this legal structure with its emphasis upon deterring crime through the enforcement of rigorous punishments. For instance, a man who drinks a beer receives 80 lashes; more serious offenses may result in amputations and executions. Nigerian lawyer Muzzqmmil Hanga says, "In the West, the emphasis is on human freedom; the overall emphasis in Islamic law is on communal harmony."

A much different perspective is given by Zainah Anwar, a feminist Muslim activist in Malaysia. She opposes the rising tide of the country's Islamic Party, which encourages women to veil themselves and to put family before career. Says Anwar, who heads a group working for modern interpretations of the Islamic texts, "We found that it is not Islam that discriminates against women. It is not the verses in the Qur'an, it is the way these verses have been interpreted by men living in patriarchal societies who wish to maintain their dominance, and their superiority and control over women."

In secular Turkey, the state has cracked down on one of Islam's most visible symbols, the wearing headscarves by women, and many young Muslim students in the university oppose this effort to curtail their religious practices. Meanwhile, in America, anger against Muslims after September 11 has led many to try to build bridges and combat religious bigotry. The documentary profiles a New York City marketing professional raised in Saudi Arabia who gives seminars in schools, and an African-American convert to Islam who sets up dialogues between Muslims and Christians. It closes with a look at some of the debates and challenges now taking place in Iran, where the central question remains the role of religion in society.

This DVD contains these special features: a primer on the basic tenets of Islam, a selected bibliography, web links and resources, and producer biographies. 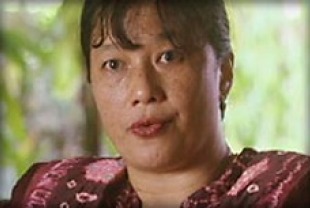