Directed by Ingmar Bergman
A thought-provoking film about the ambivalent feelings in a very tense mother and daughter relationship.

Eva (Liv Ullmann) lives in Norway with her clergyman husband. She has not seen her mother Charlotte (Ingrid Bergman), a world-renowned concert pianist, for seven years. Their reunion at Eva's home is an uneasy time for both women. The repressed daughter has hopes of growing closer to her mother; Charlotte is mourning the death of her best friend and for one of the few times in her life has turned to her daughter for support.

In their first evening of relaxation together, Eva tries to impress Charlotte with her special interpretation of a Chopin prelude. She is very nervous that she won't measure up to her mother's high standards, and her worst fears are realized. Charlotte criticizes the interpretation and demonstrates the correct style in a very patronizing fashion. The night is made even more difficult when Eva has Charlotte confront Helena (Lena Nyman), the spastic daughter she had abandoned to an institution. Eva has always taken her sister into her home and tried to provide the love and care she needs.

The film turns into a gripping dissection of the alienation and misunderstanding which have kept this mother and daughter closed off from each other over the years. During a session in the middle of the night, the two women talk over wine. Eva blames Charlotte for traumatizing Helena, for ignoring her father, and for causing her to be incapable of a loving, trusting relationship. Left alone while Charlotte went on concert tours, Eva as a child learned to hide her feelings; now she is afraid to show emotion even with her own husband. She needed mothering and did not get it.

Charlotte breaks down and pleads for a little understanding. When she was a child there was no touching in her home either. From mother to daughter to daughter again, the pattern continues. Charlotte implores Eva to release her from the guilt that has haunted her for years — the overwhelming feeling that she has succeeded as an artist only to fail as a human being. Eva's cool response illuminates the key dilemma. By blaming her mother for all her troubles and her sister's illness, she has in effect tied herself to Charlotte tighter than ever. In a gesture of resignation, Eva comments that it is as if the umbilical chord had never been cut.

Ingmar Bergman is a master at orchestrating this type of personal drama. Ingrid Bergman's performance is quite moving as she hops from cheeriness to tears to agony and final escape. Liv Ullmann's depiction of Eva is the kind of riveting portrait we've come to expect from her when she is directed by Bergman. Although the conclusion of Autumn Sonata is terribly disquieting, it is realistic. Scars do not heal in one confrontation. And the film does leave us with an intimation that Eva may have been strengthened by this searing encounter with her mother. She expected to grow closer to Charlotte and instead has come closer to realizing her true self. Charlotte, though, may be beyond transformation. While traveling by train to her next engagement, she expresses her depression. A friend reaches over to touch her but she withdraws her hand. It belongs only one place — on the keyboard. 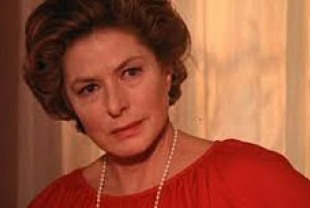 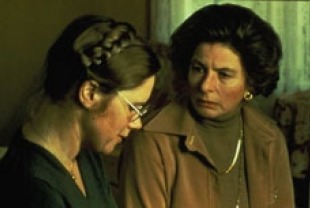 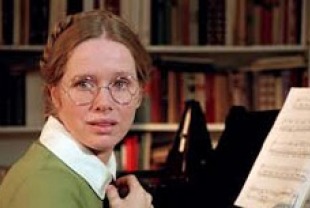 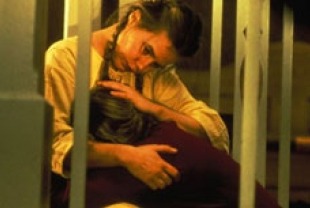