Directed by George Stevens Jr.
Traces the events leading up to the landmark 1954 Supreme Court decision in Brown v. Board of Education.

Separate But Equal traces the events leading up to the landmark 1954 Supreme Court decision in Brown v. Board of Education which declared that segregated schools are unconstitutional. This drama starring Sidney Poitier and Richard Kiley appeared as a television miniseries. It offers an inspiring portrait of moral leadership. The Rev. J.A. DeLaine, a black clergyman, convinces his student's parents to bring a case against the school board of South Carolina. Thurgood Marshall, chief council for the NAACP's Legal Defense Fund, displays moral leadership in his handling of the case. Then Chief Justice Earl Warren uses his skills of negotiation to convince the other justices on the Supreme Court to vote for desegregation. 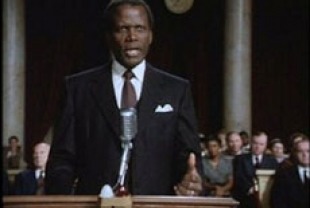 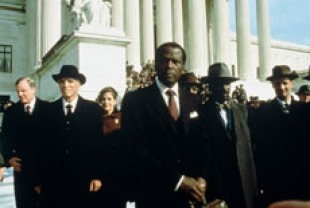