Directed by Satoshi Kon
An enchanting Japanese animated film about a woman whose life is propelled by the yearning of her heart for a mysterious stranger.

In the opening scene of this exquisite Japanese animated film directed by Satoshi Kon, Genya Tachibana, a documentary filmmaker, and his cameraman are climbing a hill to the retreat of Chiyoko Fujiwara, a popular actress who mysteriously abandoned her career 30 years ago. The meeting with her has great significance for Genya since he has secretly been in love with her all these years and can't wait to present the famous 70-year-old with an old key that was once her fondest possession. When she holds it in her hand, the memories of her past begin to unspool in a narrative that intermixes the movies she was in and the real events of her personal life. As an added treat that often provides some funny and delightful moments, Genya and his cameraman find themselves magically transported into the story as befuddled participants in Chiyoko's movies and daily life.

The actress was born in 1923 when a gigantic earthquake hit Tokyo. She becomes an actress as a little girl despite the pleas of her mother that she is too timid. Oddly enough the most poignant moment in her early life is not her first major role but a brief encounter with an artist who is being pursued by government authorities for some unknown actions against the state. Chiyoko puts herself in jeopardy by taking this handsome and wounded stranger to their storage shed. In gratitude for her assistance, he presents her with a key. After he leaves, this remains a talisman of her love for him, and she recalls again and again his words that the key is the most important thing there is.

In each of her movies, Chiyoko moves through a different period of Japanese history from the fifteenth century to the space age playing a princess, a ninja, a geisha, and even an astronaut. Over the years, the actress still yearns for connection with the mysterious stranger. It is the force that carries her through her career and supercedes anything that she does on the screen. Of course, this intensity of feeling draws out the ire of a competing older actress and a man with a scar who is pursuing the artist. In this retelling of her life, the documentary filmmaker is always rescuing her in moments of distress. He did work on several films with her as a young man when he was breaking into the business, but she never knew of his ardor until they meet for the interview.

Spiritual writer Joan Chittister has written, "Longing is a compass that guides us through life. We may never get what we really want, that's true, but every step along the way will be determined by it." In this Japanese animated film, Chiyiko's longing is represented by her always running to find the mysterious artist. Those who are propelled through their lives by a deep yearning of the heart are lucky individuals: some might even call them enchanted. Millennium Actress is an enchanting movie that will appeal to those who are looking for something special at the multiplex. 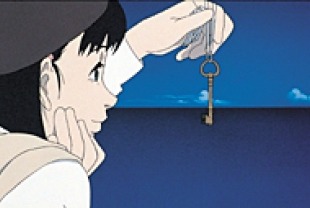 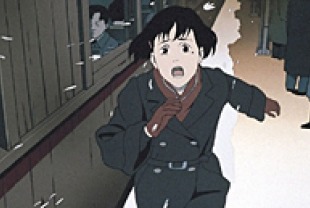 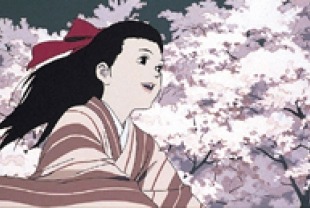 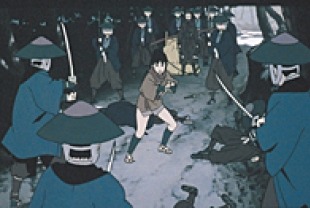 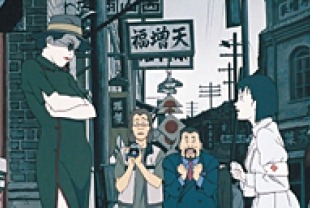 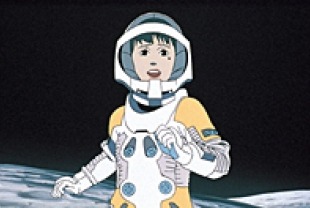