Directed by Alejandro Gonzalez Inarritu
A deeply spiritual film exploring the ties that bind together a heart transplant recipient, a grieving mother, and a born-again ex-con in a riveting journey of guilt, pain, sacrifice, and redemption.

Albert Schweitzer has stated: "Whenever we penetrate to the heart of things, we always find a mystery. Life and all that goes with it is unfathomable." That certainly is the case with Alejandro Gonzalez Inarritu's first Mexican film Amores Perros, which begins with a car crash and then takes us into the lives of the people affected by the crash. Commenting on the themes in the drama, the director made reference to the violations perpetrated by Cain, Joseph's brothers, and Judas.

There is a similar biblical sweep and intensity to the subject matter of 21 Grams. It deals with heart transplants, religious faith, artificial insemination, addiction, guilt, grief, redemption, and the hold the dead have over us. Moving backward and forward in time, this riveting drama speaks to our souls with its incessant probes into the importance of human choice and the degradations brought on by self-destructiveness.

Jack (Benicio Del Torro in an Academy Award caliber performance) is a recovering alcoholic who has been in and out of prison all his life. In an effort to find meaning and ballast in his wayward existence, he has become a born-again Christian. He attends church regularly with his skeptical wife, Marianne (Melissa Leo), and their two young children. While working with an angry and troubled young man, Jack tells him that Jesus got him the new truck that he won in a raffle. Proudly displayed in the back of the vehicle is the word "FAITH" along with a "Jesus Saves" sign. Jack is upset when the youth doesn't buy into the benefits of believing.

His impatience is even more evident when he tries to teach his children what it means to turn the other cheek. His son hits his daughter, and Jack orders her to allow him to slug her other arm as well. A stunned Marianne carries the crying girl away from the dinner table. Jack then slaps his son on the head and orders him to stand in the corner. "No hitting in this house," he says. His son coils in fear and anger in the corner after hearing that mixed message from his raging father.

Paul (Sean Penn in an Academy Award caliber performance) is a college math professor with a terminal heart condition. He struggles with the uncertainty of his future and the drudgery of being dependent on machines for his breathing. Occasionally, Paul sneaks into the bathroom where he has hidden some cigarettes in a medicine bottle. When his British wife, Mary (Charlotte Gainsbourg), finds out that he is jeopardizing his chances of receiving a heart transplant, she is livid. The two of them were separated in the past and she even had an abortion while on her own. Now having a baby is the most important thing in the world to her. A doctor says that the damage done to her fallopian tubes by the abortion means that artificial insemination is her only chance to get pregnant. Paul reluctantly agrees to participate, knowing that he may never see the child.

Cristina (Naomi Watts in another Academy Award caliber performance) used to abuse drugs but now she is married to an architect (Danny Huston) and is raising two young daughters. She loves to swim with her older sister (Clea DuVall); it offers a regular purgation from the self-destructive life she has left behind. When her husband and daughters are killed in a hit-and-run accident, Cristina, Paul, and Jack are drawn together in a mysterious connection that deeply influences and changes them all. The incidents that unfold reveal the fragility of our mortal condition and the ties that bind us together with other imperfect human beings caught up in their own pain and confusion.

Paul, given a life reprieve, goes on a mission of mercy in a last attempt to instill some meaning to his life. Jack has a crisis of faith in God. And Cristina plunges into a course of self-destruction. When her father assures her that life will go on, she responds in rage that it doesn't happen that way for everyone. Her grief is filled with terrible anger and regret which explode in the faces of those who try to reach out to her in love.

There hasn't been a film with this kind of raw emotional power since Lars von Trier's Breaking the Waves (1996). The title 21 Grams refers to the weight we lose when we die: it is the weight of a stack of five nickels, a hummingbird, a chocolate bar, and we ask, what else? Inarritu and screenplay writer Guillermo Arriaga have made an unsettling and soulful film that is one of the best of 2003. 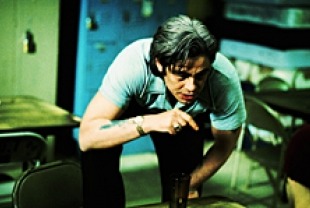 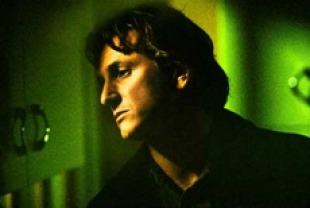 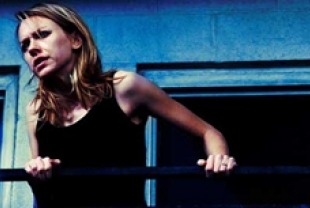