Directed by David Mamet
A cautionary tale that will appeal to those who have had enough of the unreality concocted by Washington handlers and political power players.

David Mamet's labyrinthine political thriller will appeal to those who feel we are living in strange, tense times, and the media and the handlers of those in power are all playing us with spin-doctored political games. Robert Scott (Val Kilmer) is a career military officer working for a secret task force. He has somewhat of a heroic reputation in the field and at a special training outlet, Curtis (Derek Luke) yearns to get close to him. Scott replies: "If I want camaraderie, I'll join the Masons. There's just the mission." Nevertheless, the two men find themselves working together on a search-and-rescue mission when Laura Newton (Kristin Bell), the President's daughter, disappears from her Harvard dorm. As Scott delves deeper, it turns out that she has been snatched by a white slavery ring that operates in Dubai. The special task force of Presidential advisors, the Secret Service, FBI, and CIA work around the clock trying to find the girl before the media discover she's disappeared. Two of Scott and Curtis' superiors (Ed O'Neill and William H. Macy) know more than anyone else about the President's daughter and what she means to his upcoming re-election bid.

This cautionary tale is writer and director David Mamet's ninth film, and it is a gem that sparkles with his usual verbal wit, concern with ethical issues, and depiction of the omnipresence of lies and deceptions at the core of contemporary society. Similar to his screenplay for Wag the Dog, this drama explores the deliberate creation of unreality by political handlers in Washington, D.C. One aspect of this is their jargon, which reflects dehumanization. The players in this espionage game talk about a smash and grab operation, a girl in the pipeline, and being off the reservation.

Another ethical dimension of the drama becomes apparent when Scott realizes that he is being used by his superiors who have deceived him and the American public. All his life, he has followed orders ("I ain't a planner. I ain't a thinker. I never wanted to be."). Now he has the chance to be a knight in shining armor to a damsel in distress. Mamet believes in those who follow their conscience, and his heroes are always individuals who go against the grain and stick their necks out. 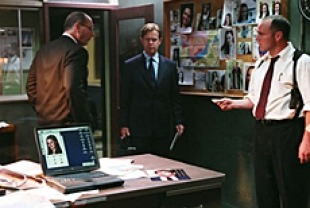 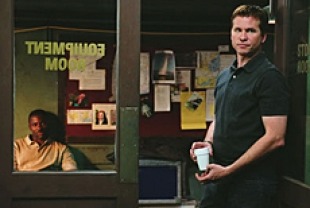