Allen Bauer (Tom Hanks) runs a New York wholesale produce market with his lecherous brother Freddie (John Candy). This bachelor's dream is "to meet a woman, fall in love, get married, have a kid, and see him play a tooth in the school play." As a little boy he was saved by a mermaid when he fell in the water at Cape Cod. His predictable and stuck-in-a-rut life is upended when the same lovely mermaid (Daryl Hannah) saves him again, and they fall in love.

Many complications ensure as she tries to adapt to the Allen's world as a landlubber. A crazy scientist (Eugene Levy) tries to spoil their tryst but, as in all fantasies, he has a change of heart. Ron Howard directs this buoyant comedy that sparkles here and there thanks to its many fairy tale elements.

The DVD extras for this 20th Anniversary Edition of Splash include an audio commentary with director Ron Howard, producer Brian Grazer, and writers Lowell Ganz and Babaloo Mandell. The cast and crew get together to reminisce about making the movie and its impact in the featurette "Making a Flash." For fun, you can see the original audition tapes of both Tom Hanks and Daryl Hannah. 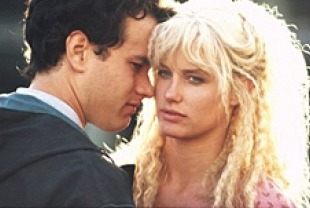 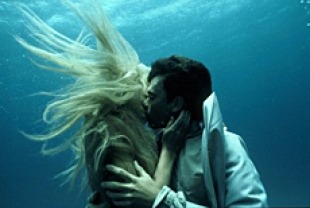