Howard Zinn: You Can't Be Neutral on a Moving Train

Directed by Deb Ellis, Denis Mueller
A rousing documentary about the radical historian and activist who has risked all to make a prophetic call for peace and justice in America.

In a speech given many years ago, historian and peace activist Howard Zinn said: "We're taught that if one person kills another person, that is murder, but if a government kills 100,000 people, that is patriotism." Sound right to you? Probably only if you are one of the million people who have read this radical historian's A People's History of the United States. For 40 years now, Howard Zinn has been expressing his moral outrage against the leaders and the power brokers who have tolerated racial discrimination, class warfare, the massive effort to stamp out unions, the stifling of dissent in America, and the business-as-usual approach to war.

Zinn was born and raised in a working-class family in the slums of New York. He worked in the shipyards before fighting in World War II as a bombardier in the Air Force. He played a major role in the Civil Rights movement while teaching African-American students at Spellman College in Atlanta. His connections to the Student Non-Violent Coordinating Committee earned him a place on the FBI's list of persons to watch, and he was fired from his teaching post. During the 1960s, Zinn was a professor at Boston University, a hotbed of activity against the war in Vietnam. He participated in the first prisoner-of-war exchanges in Hanoi during the Tet offensive. Here Zinn saw first-hand the horrific damage and destructiveness of bombs on civilians. Now in his eighties, this activist and author is still giving speeches at high schools and universities, trying to convince students to speak out against the injustices around them.

In 1997, Zinn wrote: "It remains to be seen how many people in our time will make that journey, from war to nonviolent action against war. It is the great challenge of our time: how to achieve justice — with struggle, but without war." It is thrilling to see the life of a man who has risked all to make a prophetic call for peace and justice in America. 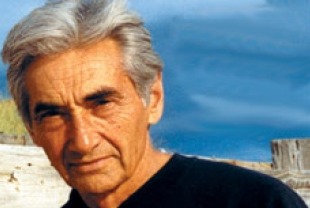