Alex (Jane Fonda) wakes up one morning in a strange bed; the man next to her has a knife in his heart. Could she possibly have killed him or has she been framed? Alex is an alcoholic whose ten year marriage to Jacky (Raul Julia), a hairdresser, has ended, and her acting career is on the skids. Turner Kendall (Jeff Bridges), a redneck ex-cop, is also divorced and living in limbo. His credo — "I like to repair stuff, whatever people are through with" — impels him to help Alex.

Director Sidney Lumet draws out an emotionally affecting performance from Jane Fonda as a woman two steps from the point of no return. Lumet says it all commenting on the finale of this romantic murder mystery: "Jane and Jeff play characters that are like one-winged birds: only after they have found each other are they able to fly." 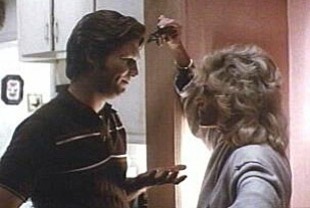