Directed by Thomas Riedelsheimer
An extraordinarily spiritually literate documentary about one of the world's greatest nature artists.

Andy Goldsworthy makes sense-luscious sculptures entirely out of things he finds in nature — stones, twigs, leaves, plant stalks, clay, ice, snow. In this meditative 90-minute documentary by Thomas Riedelsheimer, Goldsworthy is seen working on new creations as he explains his philosophy that brings together a Zen-like appreciation of the natural world, a deeply felt connection with the Earth and all its thousand things, a fascination with time and the ephemeral existence of objects, a respect for place and all the marvels discovered within a space that one knows intimately, and a yearning to explore the energy that is running through the landscape. Sometimes his works change before our eyes and even pass away before we have savored all their mystery and magic. But to the artist, this is all part of the process.

"Art for me is a form of nourishment," Goldsworthy says, and we see what he means as he begins to assemble his earthwork arrangements. Arriving for a new commission in Nova Scotia, he has only a little time to familiarize himself with the seaside terrain. Still, he establishes a camaraderie with the natural world: "I've shook hands with the place," he declares as he begins to work on an icicle sculpture that fits perfectly with the chilly and desolate milieu. Goldsworthy respects the processes of life and death reflected in nature. As the sun illuminates the finished sculpture, he notes, "The very thing that brought it to life, will bring about its death." This is only one of the many spiritual insights emerging from his art.

He creates an igloo out of driftwood collected from the beach. When the tide comes in, the wooden structure begins to float and then drift to the sea in a slow swirl. But Goldsworthy is not attached to his art: "It feels as if it's been taken off into another plane, another world . . . It doesn't feel at all like destruction."

The artist also doesn't think in terms of success or failure. After he has spent many hours constructing an intricate mobile of twigs and thorns, the wind shifts and the piece collapses. Goldsworthy surveys the wreckage and practices equanimity. He seems to know that sometimes the magic works and sometimes it doesn't. What's important is that the creative process itself has been manifested along with an intimate meeting with "the heart of the place." Nothing is ever lost in the universe. There is always something to be cherished in this kind of environmental art.

Back at his home in Penpont, Scotland, Goldsworthy enjoys the company of his wife and small children, then walks through the village gathering material for a new project. He picks dandelions from the roadside and places them in a rock hollow at the edge of a river; from overhead, it is a blaze of yellow beauty amid the rocks.

The artist's openness extends to animals. He talks about the impact of sheep on the Scottish landscape; where they have grazed over the years, there are no trees. Goldsworthy sees these tough animals as possessing "dangerous and powerful qualities." In tribute to them, he creates a river of white wool on the tops of the stone walls dividing the fields.

By now, we are well aware of his love of rivers for their free-flowing energy. Goldsworthy has made a chain of green leaves and placed them in the water; we are mesmerized as it seems to take the form of a snake slithering past rocks, into still pools, and out into the rushing current again. One of his most awesome creations is on display in the Storm King Art Center in Mountainville, New York. A stonewall crosses a field, wiggles its way under a river, and emerges to wind through the trees on the other side.

Back at a river, we see the artist in boots, bent over and playing detective as he looks for something underneath the rocks. He finds red ore stones and grinds them to powder. He releases some of it into a waterfall, then throws a ball of it into a stream and watches the explosion of red ripples swirling out from the center. "I think the color is an expression of life. I am in continuous pursuit of the red — that something so dramatic, so intense, could at the same time be so hidden, underneath the skin of the earth." These mysteries intrigue the artist who, in the end, admits that language cannot adequately convey the full impact of the delights of the natural world.

Rivers and Tides: Andy Goldsworthy Working With Time is the most spiritually literate documentary you will see this year. It won the Golden Gate Award Grand Prize for Best Documentary at the 2003 San Francisco International Film Festival. The DVD includes a gallery of images so you can see again the sculptures that caught your eye; and a filmography of German director, cinematographer, and editor Thomas Riedelsheimer; and a brief biography of Andy Goldsworthy which lists his books. This extraordinary documentary will enchant you in many ways with its startling images, its exotic music by Fred Frith, and its ability to stimulate your inner artist, who will likely begin dreaming up creative projects to do with all the materials at hand around your own place.

And, as if that were not enough, the DVD also includes seven short films. Storm King Wall is a 20-minute look at that impressive work. Autumn Works, also shot at Storm King, shows various pieces, including a circle with a black center surrounded by yellow and red leaves. In Garlic Leaves, filmed in Scotland, the artist is seen drawing with a thorn on garlic leaves. He's perched on a rock overlooking the river, and as the camera pulls back, we see that his line of leaves is aligned with the path of the river and the drawings recreate its flow. Ice Arch shows him building an arch out of sheets of ice in Nova Scotia; Goldsworthy pays tribute to the "elusive energy" of the cold, which comes and goes. In Black Stone, filmed during the summer in Scotland, he talks about being drawn to work with a particular stone in the field, noting that these elements all have a sacred quality to them. In Leaf Works, he explains how he learns from dialogue with trees and allows forms to grow out of the shape of his materials. The result in this instance is a spiral made of leaves, which he places on a tree branch. The Old Studio, shot in his home village in Scotland, shows a small interior space completely filled with stone arches.

D. H. Lawrence said wonder was the sixth sense and called it "the natural religious sense." You cannot watch this documentary without being astonished again and again. Goldsworthy opens our eyes and all of our senses to the beauty and the multiple enchantments of the natural world that we so often take for granted. He is also a spiritual teacher of play, demonstrating a child-like capacity for curiosity. He seems to enjoy kneeling down in the mud or creating something in the face of a cold stiff wind. He doesn't worry about who will see his art or whether it will stand the test of time. He accepts failure as part of the learning process and moves on to new challenges.

Goldsworthy is also a practitioner of what Albert Schweitzer called "reverence for life." He salutes the individuality of stones and muses over the memories they carry of the things they have seen and the changes they have experienced. He relishes the particularity of place and the deep resonances that a certain milieu can have with our souls. And last but not least, Goldsworthy is a connoisseur of mystery. He is not frightened of death or the destruction of things. He accepts that everything is ephemeral and subject to the ravages of time. Day by day, he plunges into new marvels and stays with the present moment which is unrepeatable and precious. Just like this extraordinary documentary. 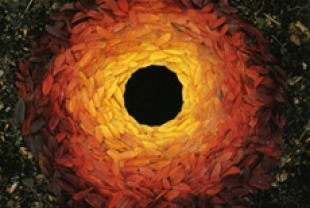 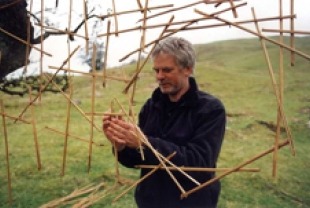 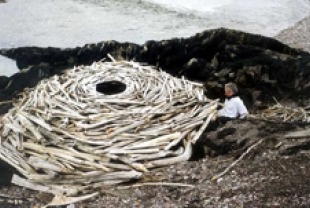 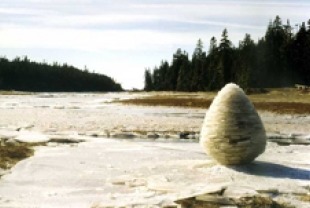 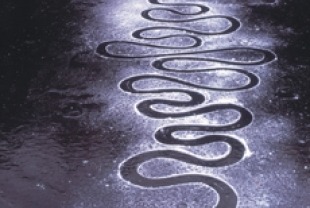