Directed by Hirokazu Kore-eda
The harrowing story of four children in Tokyo who are abandoned by their mother and forced to fend for themselves over a six-month period.

The Plight of Children Around the World

A billion children are under threat, says UNICEF (The United Nations Children's Fund) in a report issued in December 2004. Here are some of the statistics: One in six is hungry, and one in five does not have access to safe water. Healthcare is delivered only to one in seven children. Half of the 3.6 billion people killed in wars since 1990 were children. Not only do conflicts displace communities from their homes, with the aftermath of hunger, diseases, and psychological distress affecting children, but in many cases they are forced to become combatants. There are now 15 million AIDS orphans worldwide.

Inspired by a True Event

Japanese writer and director Hirokazu Kore-eda is one of the world's most daring and creative filmmakers. In Maborosi, he fashioned a powerful and profound portrait of one woman's long and arduous journey through grief's labyrinth. And in After Life, he challenged us to see the enchantments that await those who are able to harvest their memories. This film is "inspired" by a true event in Japan in 1988 when four children, all born of different fathers and not registered at birth, were abandoned by their mother and lived on their own for six months, undetected by others in the same building. Kore-eda took a year to film the drama of these resourceful children struggling to stay alive on their own. The four kids are all nonprofessional actors and their performances are both astonishing and endearing. Yagira Yuya, who plays the oldest child, won the Best Actor Award at the Cannes Film Festival.

"There is no trust more sacred than the one the world holds with children. There is no duty more important than ensuring that their rights are respected, that their welfare is protected, that their lives are free from fear and want, and that they grow up in peace," Kofi Anman, the Secretary General of the United Nations has stated.

The Struggle to Survive on Their Own

Keiko (Keiko Fukushima) moves into a small apartment with her twelve-year-old son Akira (Yagira Yuya) and is welcomed by the landlord. But she also has three other children — ten-year-old Kyoko (Kitaura Ayu), seven-year-old Shigeru (Kimura Hiei), and four-year-old Yuki (Shimizu Momoko). They are brought into the small space in secret. Fearing that they might be evicted if discovered, Keiko creates some very strict rules which must be obeyed at all times: no loud voices and no going outside, not even on the balcony. Although they have never been to school, Akira is an eager learner, and his oldest sister loves playing a toy piano. Shigeru is an energetic young boy who has the most trouble staying still all day. Yuki, the little one, finds plenty to do in her playtime. One day in autumn, Akira finds a note from his mother along with a small sum of money: she is going away and wants him to look after the other children.

Akira handles the finances, and Kyoko takes care of chores. After a month, Keiko shows up with gifts but doesn't stay for long. Akira is worried that she has abandoned them for good this time, and his worst fears are confirmed when he phones a number he found and hears his mother answer under a new name. Realizing that they are now on their own, Akira decides to not tell his siblings what has happened.

By spring, money from Keiko has stopped coming in the mail. Akira tries a new approach to lift the spirits of the family. He takes them outside for the first time. It is a moment of magic and exhilaration for them as they romp in the park. Since the utilities have been shut off, the children are forced to get water and do laundry outside. They also must scrounge for food. Akira is befriended by Saki (Kan Hanae), a lonely young girl who has dropped out of school. He also tries to win the approval of some rowdy boys but they decide he is too strange for their tastes.

Akira joins a baseball team for a brief moment of normal life, and we see how much he yearns for a father figure in his response to the coach. He makes contact with one of his mother's ex-lovers but this man is not willing to take responsibility for the kids. Despite all of his efforts to maintain order and to survive on their own, chaos descends upon the small apartment and a tragedy draws them deeper into a far country of fear, loneliness, and hopelessness.

Things to Ponder in Nobody Knows

• Children are priceless treasures that deserve our love and respect.
• Children are remarkably resilient but they should not have to become adults before their natural time to do so.
• Time passes quickly for young children who are absorbed in the present moment and not worried about the future.
• Abandonment is one of the primal fears of children; no one should have to suffer this plunge into darkness and despair.
• It is sad to realize that in the modern world, the standards of community are so weak that no one looks out for those who live nearby. 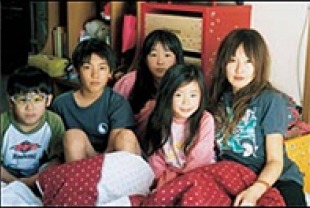 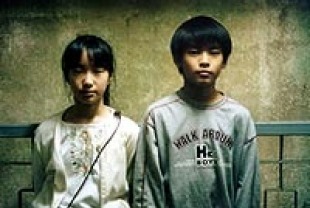