A discussion guide to the movie In America directed by Jim Sheridan. Recommended for people interested in finding spirituality at the movies.

"The family is a soul center and apex of spiritual energy," writes psychologist Paul Pearsall. "It is a place where we learn what everything means and how to make everything meaningful." This is certainly true of the family in Jim Sheridan's autobiographical film In America. Johnny and Sarah and their two young daughters, Christy and Ariel, have come to New York City from Ireland. Their situation is enough to try anyone's soul. With very little money and no outside support system, they move into a tenement in a rough neighborhood. Johnny, an actor, can't find work, and the girls feel like outsiders at school. But their greatest challenge is dealing with their grief over the death of another child, Frankie.

Over the course of the film, we see how the family as soul center surrenders to healing. This story offers ample opportunities for discussions about wishing, grief, soul friends, and the spiritual practices of wonder, imagination, and grace. The film runs 107 minutes and is rated PG-13 for some sexuality, drug references, brief violence, and language. For our review and a plot synopsis, click here.

"Wishing falls somewhere between our capacity to reason our way through the secular and our power to pray our way to the sacred. It's one of our innate faculties for dealing with problems and forces that still remain beyond the reach of rigorous logic and blind faith. When we make a wish we contribute our own little boon to the energy pool," Paul Pearsall writes in Wishing Well: Making Your Every Wish Come True. 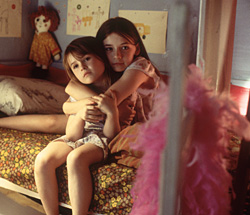 2. Being Glad at Life

"The words 'marvel' and 'miracle' come from an ancient Indo-European root that means to laugh or smile. From the same root comes our word 'admiration.' To wonder is to be glad at life. To admire, to hold worthy, to worship, is to taste the fresh goodness of the world in which we live," Gary Kowalski notes in Science and the Search for God.

3. Dealing with the Storm Clouds of the Heart

In The Art of Forgiveness, Lovingkindness and Peace, Buddhist writer Jack Kornfield writes: "It takes courage to grieve, to honor the pain we carry. We can grieve in tears or in meditative silence, in prayer or in song. In touching the pain of recent and long-held griefs, we come face to face with our genuine human vulnerability, with helplessness and hopelessness. Those are the storm clouds of the heart." 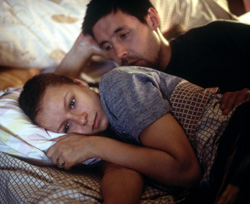 In The Lord Is My Shepherd, Rabbi Harold Kushner writes about the spiritual message in grief: "As one of America's most prominent clergymen, the Reverend William Sloane Coffin, insisted, reaffirming his faith after the death of his son in an accident, 'God was the first heart to break' . . . God does not, God cannot promise us happy endings in a world where laws of nature and human cruelty take their daily toll. God's promise is not that we will be safe, but that we will never be alone."

5. The Power of Imagination

In The Mystery of Love, Marc Gafni states: "The greatest crisis of our lives is neither economic, intellectual, nor even what we usually call religious. It is a crisis of imagination. We get stuck on our path because we are unable to reimagine our lives differently from what they are right now. We hold on desperately to the status quo, afraid that if we let go, we will be swept away by the torrential undercurrents of our emptiness. The most important thing in the world, implies wisdom master Nachman of Breslov, is to be willing to give up who you are for who you might become." 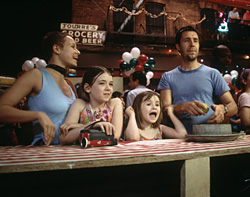 In The Heart of Christianity, Marcus Borg uses a metaphor from Celtic Christianity, "thin places" to describe those places and situations that act as mediators of the sacred, "a means whereby the sacred becomes present to us . . . a means of grace." Thin places could be physical locations as well as people, the arts, times of illness, and suffering.

7. Be Thankful for Soul Friends

"Soul friendship, while it can embody many leadership roles and be identified in numerous ways, is always rooted in the heart . . . Whether we are soul friends in our personal relationships or in professional work, being an anamchara is about the graceful art of listening, of discerning, of being attentive to the workings of the heart," Edward C. Sellner writes in The Celtic Soul Friend. 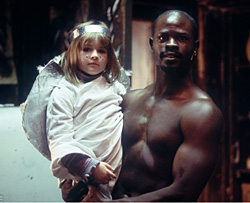