It All Starts Today A Values & Visions Guide

A discussion guide to the movie "It All Starts Today" directed by Bertrand Tavernier. Recommended for people interested in finding spirituality at the movies.

Many people do work that enables them to improve the lives of others. But often women and men in the service professions are not paid enough, and they don't have the clout or the status of those in high-profile careers. Director Bertrand Tavernier has created a fluid and engrossing drama around a kindergarten principal in a small and impoverished French town where unemployment is high and community morale is low. Daniel struggles with one crisis after another as he tries to do what is best for the children. The mayor is cutting school services, and parents can't pay for lunches and school activities. Luckily, Daniel is surrounded by a group of caring and committed teachers, a feisty public health nurse, Samia, and his girlfriend, Valeria, who is very supportive of his work.

According to the director, Bertrand Tavernier, this drama is based on the real-life experiences of his son-in-law. "Daniel is not the Rambo of the kindergarten," he said in an interview. "He needs help. He needs to have people working with him. And so, my aim was to pay a tribute, an homage, to these people who are working on the bottom of the level. They are incredible. Without them, without a thousand Daniels, of Valerias or Samias, that we have in France today, there would have been a social implosion. It would have been terrifying. So I think they deserve respect. And I have great admiration for them and I love to make films about people I admire."

This Values & Visions Guide centers around some of the major themes in the film with questions and exercises about helping out, anger, annoying people, the problem of self-interest, learning from life's journey, the poetic element of chaos, and the teachings in difficult times. The film, which is subtitled, runs 118 minutes and has not been rated. For a detailed review and plot synopsis, click here. 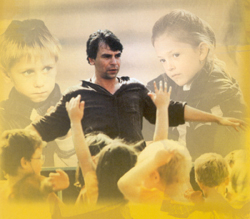 "Helping out is not some special skill. It is not the domain of rare individuals. It is not confined to a single part or time of ourselves. We simply heed the call of that natural caring impulse within and follow where it leads," Ram Dass and Paul Gorman write in How Can I Help?

"Anger stirs the juices of our souls to the point of white heat. We take upon ourselves the righteousness of God and never manage, despite it, to order the universe to our own ends," Joan Chittister notes in There Is A Season. 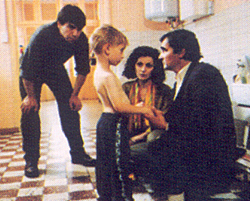 Harold Kushner in The Lord Is My Shepherd says: "Theologian and mystic Zalman Schachter describes how once a year, he convenes an imaginary dinner party in his mind, to which he invites everyone with whom he has had a run-in during the past year. Everyone with whom he is on bad terms, everyone who has been mean to him or his family, everyone who has hurt, offended, or disappointed him is invited to this imaginary feast. In the course of the mental banquet, Schachter goes around the table and explains to the guests that he has invited them to thank them for the various gifts they have taught him. . . . As a result, Schachter imagines himself telling them, he has become more realistic about what he can expect of people and more aware of the danger of he himself not hearing the cries of those who turn to him."

4. The Problem of Self-Interest

In Credo, William Sloane Coffin writes: "The primary problems of the planet arise not from the poor, for whom education is the answer; they arise from the well-educated, for whom self-interest is the problem." 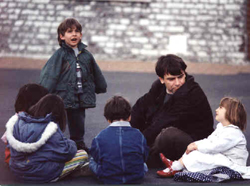 "Journal writing is a perennial practice because it is such a helpful way of honoring, pondering and learning from life's journey," Carl J. Koch writes in Journal Keeping: Exploring a Great Spiritual Practice.

6. The Poetic Element of Chaos

In Hymns to an Unknown God, Sam Keen quotes Ben Shanh: "I love chaos: it is the mysterious, the unknown road. It is the ever-unexpected, the way out: it is freedom, it is our only hope. It is the poetic element in a dull and ordered world." 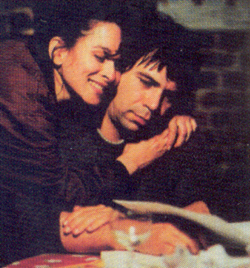 "The purest and truest spiritual life begins with accepting everything that comes to you as a gift and teaching. . . . The most difficult times sometimes bring the most important teachings. Each lesson is another step toward learning to accept what comes to us as material to be transformed into the grace of spiritual life," Bradford Keeney writes in Everyday Soul.