Discussion Guide to the movie based on Sister Helen Prejean's book about her ministry to a murderer on Death Row. 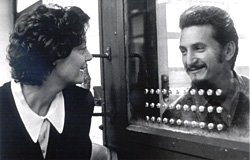 In 1982, Sister Helen Prejean, a Catholic nun, started corresponding with a death row inmate in Angola Prison in Louisiana. The experience changed the direction of her ministry and propelled her into activism against the death penalty. Tim Robbins has taken material from her book Dead Man Walking and reshaped it into one of the most inspiring and positive portraits of Christian ministry ever put on film. Susan Saradon won an Academy Award for her luminous portrait of Sister Helen Prejean.

Dead Man Walking (1995) presents a rounded and riveting look at the life and work of this nun who demonstrates the spiritual practices of listening, forgiveness, and compassion with a death row prisoner and with the parents of his victims. This unforgettable film exposes the cruelty of death by lethal injection and offers instead an alternate path based on love. It also shows that hate is the worst prison of all.

This film runs 122 minutes and is rated R for a depiction of rape and murder. For a review of the film and a plot synopsis, click here.

"The spiritual life," according to Joan Chittister, "is not achieved by denying one part of life for the sake of another. The spiritual life is achieved only by listening to all of life and learning to respond to each of its dimensions wholly and with integrity." 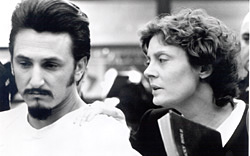 In response to a question by the parents of the slain girl as to why she's ministering to Matthew Poncelet, Sister Helen says, "I'm just trying to follow the example of Jesus who said that every person is worth more than their worst act."

In Real Love, Theodore Isaac Rubin writes, "Hate is chronic, deep, abiding hostility that goes on and on spilling over and polluting all aspects of life. It is corrosive to self. It blocks and destroys all other feelings, especially love. It contributes to bitterness and cynicism." 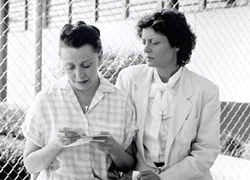 The Quaker writer Douglas V. Steere has written, "Holy listening — to 'listen' another's soul into life, into a condition of disclosure and discovery, may be almost the greatest service that any human being ever performs for another."

After Matthew Poncelet takes responsibility for murder and rape, Sister Helen says to him: "You have dignity now, nobody can ever take that from you. You are a son of God." 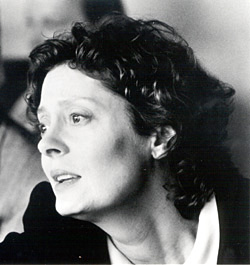 In her book Dead Man Walking, Sister Helen writes: "Forgiveness is never going to be easy. Each day it must be prayed for and struggled for and won."