A discussion guide to the movie "Dragonfly" directed by Tom Shadyac. Recommended for people interested in finding spirituality at the movies.

"Marriage was the deepest, most mysterious, most profound exploration open to humankind; she had always believed that, and she believed it now. . . . The plunging into one another's soul . . . was the closest one could come to a sacred adventure."
— Joyce Carol Oates in Marriage and Infidelities

Anyone who has been in a committed relationship for a long time knows that love just has to be stronger than death. Think of all the times you have finished each other's sentences, come up with the same idea, and felt the joy of connection even when miles apart. Soulmates also believe that love by its very nature is always bringing ever new bounties. Increase is built into the relationship.

So if all these wonders, synchronicities, and magic moments are the stuff of everyday life on Earth, then what of the graces that will abound when your loved one leaves his or her physical body? Will he or she stay in touch from beyond the grave? Many soulmates have already experienced such experiences of communication.

Dragonfly is an engrossing drama that explores this sacred adventure. Kevin Costner plays a doctor who becomes convinced that his wife is trying to reach him from the afterlife. The film directed by Tom Shadyac (Patch Adams) is a deeply spiritual work that is bound to stir discussion about marriage, love, death, afterlife, and faith.

Dragonfly is rated PG-13 for thematic material and mild sexuality. For our review of the film and a plot synopsis, click here. 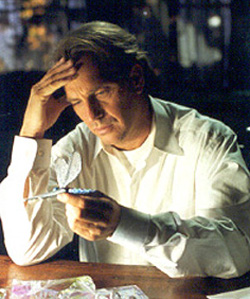 1. A BROADER RANGE OF HUMAN POSSIBILITY

In A Little Book on Love, Jacob Needleman writes: "The point is that a relationship is like a small world by itself. In the world at large the seductive hypnotic influences of life are completely separate from the influences that favor inner freedom. But in a relationship between two people sharing the search, each one can act on the other in a way that brings one in front of a much broader range of human possibility."

2. KEEP WALKING TOWARD THAT LOVE

In her account of an afterlife love relationship, Love Is Stronger Than Death, Cynthia Bourgeault writes: " 'Death does not have to mean the end of relationship and the slow receding of love,' Henri Nouwen wrote shortly before his own death. 'When one has loved deeply, that love can actually grow stronger after death.' To discover how this is actually so is the fascinating and miraculous invitation open in this life to those who have loved deeply and are willing to keep walking toward that love."

In Medicine Cards: The Discovery of Power Through the Ways of Animals, Jamie Sams and David Carson write of the Native American understanding of the symbolic significance and teachings of the dragonfly: "The iridescence of dragonfly wings remind us of colors not found in our everyday experience. . . . Dragonfly medicine always beckons you to seek out the parts of your habits which you need to change."

In Returnings: Life-after-Death Experiences: A Christian View, John Aurelio writes: "Supposing we were to take water and pour it out on the ground. In the splash, tiny droplets, some microscopic, would rise up like mist from a waterfall. In the blazing sunlight, a single drop could become transfixed as the purifying sun shone through it. When the light gets 'prismed' through it a new form emerges — a rainbow." 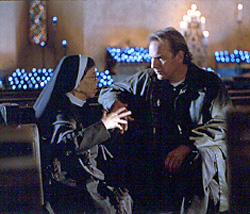 "True love expresses the sacred promise that love is stronger than death. And in going the distance on this promise, the two beloveds drink deeply of that complete self-surrender in love that is the heart of all spiritual experience," Cynthia Bourgeault has written. 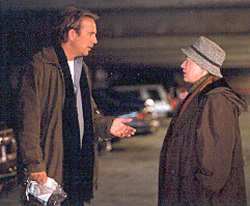 7. LIFE HAS DEPTHS TO IT