Life as a House A Values & Visions Guide

A Discussion Guide to the movie about a terminally ill man who experiences a transformation as he and his estranged family build a house.

In his 1998 book A Year to Live, Stephen Levine gave an account of what happened when as an experiment he lived for one year as if it were his last. The results were impressive: He became much more conscious of his states of mind and much more attentive to the bounties of the present moment. This radical spiritual project resulted in an inner transformation, causing him "to sharpen life and soften death."

Over the years, numerous movie plots have revolved around a character's personal renewal in the face of a terminal illness or some other catastrophic event. Often these films have been criticized or minimized as "TV movies about the disease-of-the-week," “tear-jerkers,” or "creative cop-outs" as if the writer couldn't think of any other way to effect change in the characters. But instead of writing off such stories, we have consistently regarded them as opportunities to ponder afresh the process of seeing adversity as an occasion for spiritual transformation. This motif is emphasized in all the world's religions.

We hope that the questions and exercises in this Values & Visions Guide to Life as a House will "sharpen life and soften death" for you. There are thematic considerations of personal renewal, release from the prison of old tapes, the art of deep listening, the importance of touch, helping those who are homeless in their hearts, achieving simple and profound intimacy, and making your death fruitful for others. For our review of the film and a plot synopsis, click here.

Life as a House runs 124 minutes and is rated R for language, sexuality, and drug use. 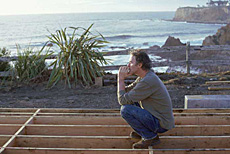 "There is nothing like a serious illness to blow down our fragile houses of sticks and straw," notes Kat Duff in The Alchemy of Illness. "Standing amid the rubble of their lives and thoughts, people with serious illnesses undertake the task of building a new house, a new way of living, one that holds closer to the ground of being, the feedback and teachings of their bodies and souls."

French writer and diarist Anais Nin once observed: "One discovers that destiny can be directed, that one does not have to remain in bondage to the first wax imprint made on childhood sensibilities. Once the deforming mirror has been smashed, there is a possibility of wholeness." 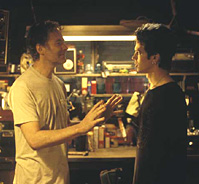 3. HOMELESS IN THEIR HEARTS

"There are so many young people who are homeless," Thich Nhat Hanh observes in Going Home: Jesus and Buddha as Brothers. "They may have a building to live in, but they are homeless in their hearts. That is why the most important practice of our time is to give each person a home. Be a home for them. Each of us has to serve as the home for others." 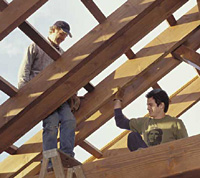 4. REALLY BEING WITH THE OTHER PERSON

"Listening means being empty of self-importance and reacting to what we hear with empathy. It is both an art and a skill, just as much as speaking is. It requires really being with the other person. Just listening with total attention to what is being said, without making up our own story about it, without our mental chatter, is part of compassion," Ayya Khema writes in Be An Island.

"They're all grand — hearing and smell and sight and taste, but touch — touch is elemental. There's no kidding about touch; touch is a biological necessity without which the body as well as the soul falters," Sherry Cohen states in The Magic of Touch. 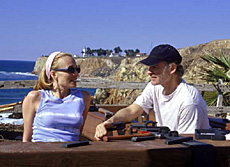 6. THINGS THAT MATTER MOST

"The things that matter most in our lives are not fantastic or grand. They are moments when we touch one another, when we are there in the most attentive or caring way. This simple and profound intimacy is the love that we all long for," Jack Kornfield has said.

"Dying well means dying for others, making our lives fruitful for those we leave behind," Henri J. M. Nouwen wrote in Bread for the Journey.