A Discussion Guides to Steven Spielberg's sci-fi masterpiece about the consequences of fear-based living. 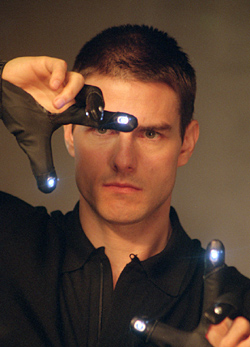 "The things which scare us the most are the things we should go right for because there's so much more security on the other side of that than there ever is in clinging to what we always thought was safe. Wherever fear is — that's where to walk."
— Stewart Stern

Fear, all the wisdom traditions teach us, constricts our souls. It bears down on us like a heavy weight. We are less able to creatively and fluidly respond to everyday challenges. And we are easily tempted to do something — anything — to make it go away. We are even willing to give up freedoms we have come to treasure for the phantasm of a fear-free existence in a totally safe and secure world.

Director Steven Spielberg's audacious and imaginative Minority Report is a science fiction thriller that projects present-day attitudes and trends 50 years into the future. In the characters and the society they have created, we see intimations of our future. As such, the story is a great discussion starter. This Values & Visions Film Guide covers the themes of fearful Americans, fear amplified, privacy, life without killing, safety, free will, and the opening of the heart.

The film runs 144 minutes and is rated PG-13 for violence, brief language, and some sexuality and drug content. For our review of the film and a plot synopsis, click here.

"The most fearful people in the world are Americans, because they have so much to lose. And never has there been a people with so much who are still afraid of not having enough," Richard Rohr writes in Job and The Mystery of Suffering.

"With terrorism, fear becomes amplified a thousandfold . . . The measures taken to defend against this form of fear also contribute to the dehumanizing process. We are subjected to guards at the airport, the courthouse, schools, sports events. Video cameras watch us at the bank, the store, the parking lot. There to protect us, they nevertheless turn us into objects and cause a contraction of the soul. They make us all more mean-spirited, paranoid, mistrustful," Robert Sardello observes in Freeing the Soul from Fear. 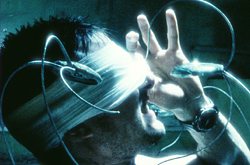 "Privacy is many things to many people: a stolen moment in the midst of a harrowing day, an hour-long meditation, a home at the end of a long winding road. Sociologists talk about it in terms of how close we let others come; psychologists see it as necessary for emotional recharging; lawyers argue it as our right to be let alone. But there is no debate that we need personal privacy. All of us." June and William Noble write in The Private Me.


4. To Live Without Killing

"To live without killing is a thought which could electrify the world, if people were only capable of staying awake long enough to let the idea sink in," Henry Miller wrote in Reunion in Brooklyn. 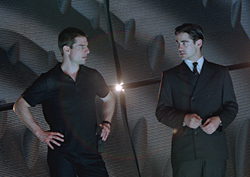 "They that can give up essential liberty to obtain a little temporary safety deserve neither liberty nor safety," Benjamin Franklin observed.

At a Gonzaga University commencement speech, Lou Holtz said: "The greatest power God gave us is the power to choose. We have the opportunity to choose whether we're going to act or procrastinate, believe or doubt, pray or curse, help or harm." 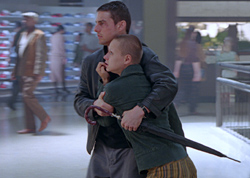 7. The Opening of the Heart

"To accept shadow means accepting the inherent ambiguities of life. We need to honor shadow, make it part of us, not banish it, or heal it, or be dominated by it. An important result of shadow work, perhaps the most important, is the growing development of compassion, the opening of one's heart, the real and actual acceptance and love of others specifically for that piece of humanity's imperfection which they carry," Jeremiah Abrams writes in The Shadow in America.