A Discussion Guide to the movie about John Forbes Nash, a Nobel Prize-winning mathematician whose wife supported him through a protracted struggle with schizophrenia.

In Meditations for People in Crisis, Paul Brunton writes: "Neither suffering love nor joy alone can educate your heart and develop your mind in the right way. Both are needed." This compelling and thoroughly engaging film, inspired by events in the life of mathematician John Forbes Nash, Jr., certainly proves that point.

Nash was told by his second grade teacher that he had been given two helpings of brain but only one helping of heart. And so he goes through most of life not liking people and feeling they don't care much about him either. All that changes when he is forced to deal with mental illness and rely upon the tender ministrations of his wife Alicia and the kindness of others.

The questions and exercises in this discussion guide are organized around some of the themes of this drama — intellect, human relationships, genius, schizophrenia, marriage, the hatching of a heart, and beauty.

A Beautiful Mind runs 120 minutes and is rated PG-13 for intense thematic material, sexual content, and a scene of violence. For our review of the film and a plot synopsis, click here. 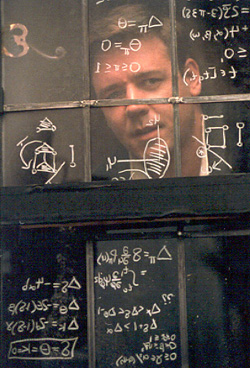 "We should take care not to make the intellect our god; it has, of course, powerful muscles, but no personality," Albert Einstein wrote in Out of My Life.

"There is no way to take the danger out of human relationships," Barbara G. Harrison has observed. 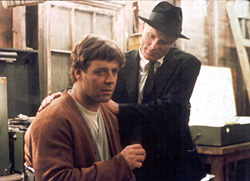 4. THE DECEPTIVE NATURE OF SCHIZOPHRENIA

In The Eden Express, which recounts his battle with schizophrenia, Mark Vonnegut has written: "Every time my head cleared for as much as ten minutes, I believed myself completely cured and ready to take on the world . . . a lot of that is due to the deceptive nature of schizophrenia. One day you're fine and the next you're clutching your knees trying to hold on."

"A marriage," David Reuben has noted, "is like a long trip in a tiny row boat; if one passenger starts to rock the boat, the other has to steady it; otherwise they will go to the bottom together."

6. THE HATCHING OF A HEART

"The heart needs to be opened," Marcus J. Borg writes in The God We Never Knew. "To use a favorite metaphor, spirituality is for the hatching of the heart." 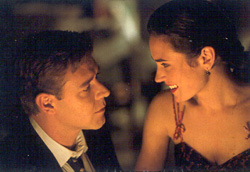 7. THE ONLY LASTING BEAUTY

"The only lasting beauty," Jelaluddin Rumi proclaimed, "is the beauty of the heart."