Barbara Kingsolver's novel Animal Dreams is about a woman named Codi who after 15 years of wandering returns to Grace, Arizona, to look after her widowed father, who is in the first stages of Alzheimer's disease. She takes a job teaching high school biology and resumes a relationship with Loyd, a Native American she dated as a teenager.

Codi is trying to figure out what to do with her life, and she has a suspicion that what she does will determine who she is. She wonders if she can be like her idealistic younger sister Hallie who is helping poor farmers in Nicaraqua. In a letter, she says to Codi: "The very least you can do is to figure out what you hope for. And the most you can do is live inside that hope. Not admire it from a distance, but live right in it, under its roof."

For Codi, this happens when she and her students discover that a mining company has not only polluted the town river but is planning another ecologically disastrous move which will have dire effects on the community. Working with a ladies sewing club, she finds a cause worthy of her commitment. 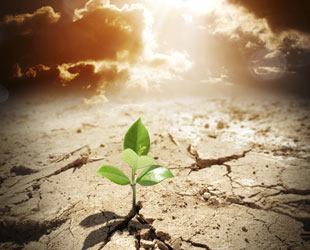