The Indiana Jones School of Spirituality

A proposal for a school of spirituality that honors all those spiritual practices that you make up as you go along.

There's a scene in the first Indiana Jones movie, Raiders of the Lost Ark, when Indy and Marion are hiding from the Nazis, and she says, "Do you have a plan?" And he replies, "No, I'm just making it up as I go along."

We propose that there be an Indiana Jones School of Spirituality. It would validate and honor all those spiritual practices that you make up as you go along. Sure, there are some tried-and-true practices that have been passed down within the religious traditions through the centuries. You are sure to know many of them and know of their value. And then there are other things that just seem to come to you — your idiosyncratic ways of living the spiritual life.

Whenever Frederic hears a siren from an ambulance, a fire truck, or a police car, he says a prayer: "God be with those in trouble and those going to help." He doesn't remember when he started doing this. It just happened.

Mary Ann has a practice of bowing to her computer as it shuts down at the end of the day. This is her way of thanking it for the services it has performed. She doesn't remember what prompted her to incorporate a gesture of respect into her workday. It just happened.

Many of the practices we suggest in the Practicing Spirituality E-Courses have occurred to us after we have reflected upon the quote of the day. Think of the times when something you have read or seen has been a catalyst to practice, perhaps in the middle of a news broadcast or listening to the sound of the waves.

It might be the time when something as ordinary as washing your hands became an exercise in body appreciation and mindfulness. Perhaps you were in the grocery store and you found yourself engaged in a reverie of gratitude as you thought of the chain of being that brought the food to you. All it takes is a slight shift in emphasis and an experience of wonder becomes an expression of praise.

The Indiana Jones School of Spirituality teaches that when we are really engaged in our lives, when we are truly present to whatever is before us, when we are not prejudging situations or relying upon past patterns, we find that we really do have to be like Indy — we have to be making it up as go along. Then our practices arise naturally out of our everyday activities as we reframe and redirect them toward new depth and breadth. 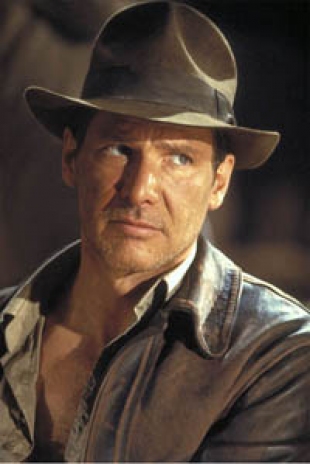