When it's hot and there's nothing new under the sun.

According to the Phrase Finder, "The ancient Romans noticed that the hottest days of the year, i.e., in late July and early August, coincided with the appearance of Sirius - the Dog Star, in the same part of the sky as the Sun. Sirius is the largest and brightest star in the Canis Major constellation, in fact it is the brightest star in the sky. The ancients believed that the star contributed to the heat of the day."

Thanks a lot, Sirius. Across the United States, August has come in with a record-setting heat wave. Here in New York, the weather forecast is HHH (hot, hazy, humid) all this week. And it is in the dog days of August that we are stricken with the feeling that there's nothing new under the sun. Things begin to be boring. We get up and look at the familiar people and objects around us and decide we need a change. But we lack the energy to move. The very air around our bodies feels heavy; we struggle to stay alert as the hands of the clock reach noon.

This is the time of day many fourth-century Christian monks dreaded. They had their own name for such boredom — accedie: a loss of stamina and resolve, a feeling of vulnerability and discouragement, the experience of being stuck. For these believers, accedie had a double edge: it signaled danger but it also was an opening for God's grace.

One reason we are so aware of boredom is our culture's low threshold for repetition. Doing the same-old same-old is thought to be pointless. We crave variety and zest, something to pull us out of our routines. No wonder it is so difficult to maintain an early morning prayer or meditation practice!

Is there an escape from boredom? Yes, but it doesn't lie in expecting ever new and better adventures. Instead, heed the advice of the composer John Cage: "If you are bored with something after two minutes, keep doing it for four minutes. If you stay bored, do it for eight, then 16 minutes. If you are still bored, press on to 32 minutes, and at that point you might begin to find it fascinating."

The idea is to embrace what you think you can't do, surprising yourself and giving God a new way to speak to you. Practice this using a simple phrase. We especially like "God, it's great to be alive!" and "Nothing can separate me from God's love!" Try repeating one of them for two minutes, then four, then eight, and so on.

If your boredom persists, surrender to it and notice what feelings arise in you. For example, do you find yourself doing trivial projects when you are bored? Eknath Easwaran, a spiritual teacher from India, called this behavior "painting the bullock-cart wheels": "Just when the harvest is ready to be brought in, the farmer notices that the wheels of the bullock cart are looking rather shabby. Instead of going out into the fields, he takes a day to go into town for paint and then spends a week painting beautiful designs on his cart wheels. When he finally gets around to harvesting the rice, he has to work 12 hours a day just to keep up."

Procrastination and being easily distracted contribute mightily to boredom. We lose our focus on what lies in front of us, don't consider it significant, and call it boring. When the desire to paint the bullock cart-wheels comes over you, pick one achievable goal and stick with it until it's done. Then rejoice in your perseverance and celebrate your accomplishment!

Another way to cope with draggy days when everything seems uninteresting is to make a special effort to admire God's handiwork. Take your camera with you for a walk and photograph something that strikes you as beautiful. Write in a journal the most surprising thing you have discovered about someone close to you.

Enthusiasm, which means "one with the energy of God," is another good antidote to boredom. Surround yourself with enthusiastic people, and you'll never be bored. Perhaps the story of a saint like Francis will stir your soul. Or a favorite spiritual writer -- the ever-imaginative Edward Hays does it for us. Or a friend with a great sense of humor and a delight in life. Remember the words of Hildegard of Bingen, a thirteenth century Christian mystic: "Be not lax. Be not lazy in the festive service of God."

Finally, let's admit that being bored is self-indulgent. Get out of the mood by doing something for someone else. Volunteer for a service project in your community, help out with a picnic or go along as a sponsor on an outing for local kids. 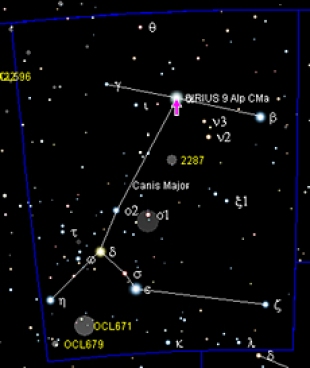