Cultural contributions to our tendency to envy what others have and two ways to end it: stop comparing and practice gratitude.

Envy is one of the seven deadly sins in Christianity, a violation of the commandment against coveting in Judaism, and an affront to key values in the other world religions. Everybody seems to agree that it is a nasty piece of business that has no place in the spiritual life. Yet envy is almost inevitable in cultures that are driven by consumerism, where the goal of the game is to be the one who ends up with the most toys. Celebrities and other conspicuous consumers constantly remind us of all the things we could have. The health of the economy, politicians add, depends upon our shopping habits.

Envy starts at an early age when we are exposed to all those television commercials. We grow up wondering, "Why can't I have what they have?" and find ourselves chanting, "I want, I want, I want." Even usually kind people turn into predators coveting their neighbors' things. Soon envy's old cronies, anger and resentment, show up as well.

Another cultural phenomenon that feeds envy is what Robert W. Fuller in his book Somebodies and Nobodies has called the abuse of rank. The rich and the powerful don't have to abide by the rules or limitations imposed upon the rest of us. Often those who have the most use their status as a weapon against others. Such assaults on dignity take place every day when a boss humiliates an employee, a coach bullies a player, a teacher disdains a student, or a resident of a building shames a doorman.

In Manhattan where we live, we see almost daily examples of the special treatment given celebrities. After years of observing this, we are aware of symptoms of the disease of entitlement in our own behavior. We might feel justified in skipping ahead in a movie line because we are critics and hence somebodies. A few nights ago, we attended a crowded screening for a film. As we rushed forward to claim prized seats, another more aggressive person (not a critic) beat us to them. We found ourselves thinking about winning and losing, feeling that this was unfair. Perhaps you've felt this way when someone got the parking space you wanted. It's just envy in another guise.

When we are caught up in envy, we are prisoners of someone else. We are letting what they do and what they have determine how we feel about our lives. Barbara Cawthorne Crafton, an Episcopal priest, retreat leader, and one of our Living Spiritual Teachers, describes this as being ensnared in a sticky spider web. "I can't move toward what I can be, what I can have. I can just gaze longingly at someone else's life and long for it. So Demon Envy wins big: I increase the sum of the world's anger, I increase the sum of the world's dishonesty by not admitting it, and I don't grow in my own joy."

The fuel that feeds envy is comparisons. Whenever you find yourself unfavorably comparing yourself to others, remember this thought by the Baal Shem Tov, a Jewish sage: "Everybody is unique. Compare not yourself with anybody else lest you spoil God's curriculum." A good spiritual practice to help you deal with this is called "being a watcher." Notice when you are feeling envious and say "Oh, there I go again, making comparisons." The next time you hear yourself comparing your life to someone else's, say, "Oh, there's envy coming up again."

Another effective antidote to envy is the spiritual practice of gratitude. It's hard to get into the comparison game when we are truly thankful for all the bounties God has bestowed upon us. Whenever you find yourself falling into the trap of coveting the possessions, power, wealth, beauty, or fame of another, make a list of all the gifts you have been given. Counting our blessings helps keep the envy bug away.

The best antidote to envy could be gratitude for what others have received. Mahatma Gandhi put it this way: "If you believe that God pervades everything that He has created, you must believe that you cannot enjoy anything that is not given by Him, and seeing that He is the Creator of his numberless children, it follows that you cannot covet anybody's possessions." That's a pretty good way of explaining the value of the Tenth Commandment! Indeed, it is a great gift of God to be able to gracefully celebrate the happiness and success of someone else. In our case, today it would mean our being able to delight in the obvious pleasure that other guy felt about getting such good seats for the movie. 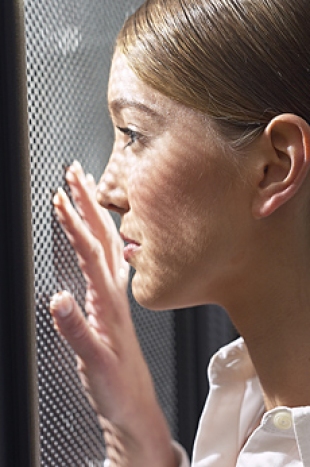