Remembering Anne Frank, whose voice echoes through the corridors of time lest we forget the nightmare of the Holocaust and the heroism of those who sheltered Jews.

The voice of Anne Frank echoes down the corridors of time and speaks to the child and the adult in us all. Born on this day in 1929, she had a special gift for celebrating life in dire circumstances and a curious wisdom which was the fruit of her imagination and her hope for a better world.

Anne Frank's diary still makes a claim on us because she helps us remember what we might forget — the nightmare of the Holocaust and the heroism of those who sheltered Jews during the Nazi persecution. Most of all, we are touched by Anne Frank's spirit which stands for all the youth and children who were never allowed to grow up and savor the fullness of life. She died sometime in February or March 1945. "Her voice was preserved out of the millions who were silenced," writes Ernst Schnabel, "this voice no louder than a child's whisper. . . . it has outlasted the shouts of the murderers and has soared above the voices of time."

Watch Anne Frank Remembered, a powerful and poignant British documentary by Jon Blair which focuses on the short life and far-reaching legacy of this extraordinary fifteen-year-old. 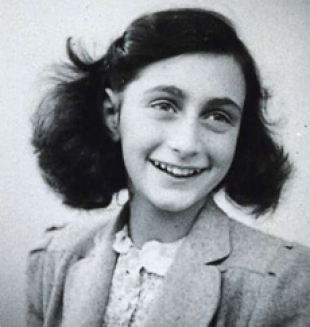