A day to practice everyday spirituality and entertain ourselves with God.

Nicholas Herman of Lorraine, better known as Brother Lawrence, was born in 1611. He entered the Carmelite Order in Paris as a lay brother at the age of 26. Before that he served as a soldier and a footman. His conversations and letters were published a year after his death in 1691 under the title The Practice of the Presence of God. He is remembered in the Christian community as a shining example of total devotion to God.

Early in his vocation, Brother Lawrence decided that "our only business in this life is to please God." He worked in his order's kitchen for 30 years and is most known for the following quotation:

"The time of business does not with me differ from the time of prayer; and in the noise and clutter of my kitchen, while several persons are at the same time calling for different things, I possess God as great tranquility as if I were upon my knees at the Blessed Sacrament."

This, of course, gets at the core of everyday spirituality. There are no times and no places where we cannot commune with God. Brother Lawrence even takes it a step further when he recommends: "Get a habit of entertaining yourself with God." Try that to name this day. 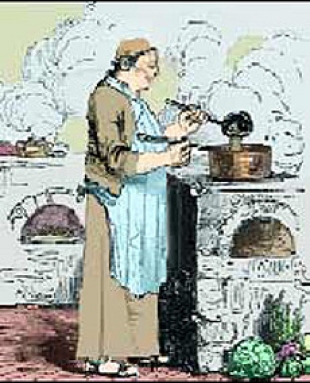