(PDP) A tribute to the Trappist monk, social activist, pioneer in interreligious dialogue, and bestselling author.

Thomas Merton (1915 - 1968) was a Trappist monk, a social activist, a pioneer in interreligious dialogue, and a bestselling author. In addition to his critically acclaimed autobiography, The Seven Storey Mountain (1948), he wrote more than 100 books and pamphlets. One of his greatest gifts to the Christian community was his understanding of contemplative spirituality; he included within its embrace not only prayer but also mystical relationship to God, others, and the whole created universe.

Merton's interest in culture and social justice inspired him to write on a diversity of topics including racial conflict and the Third World. He was a forerunner of what Brother Wayne Teasdale called "interspirituality." Merton wrote on Taoism, Zen Buddhism, Sufism, Judaism, and Hinduism and corresponded with scholars and practitioners of these religions. In 1968 he made a pilgrimage to Asia visiting Sri Lanka, Singapore, and Thailand, meeting with the Dalai Lama and attending a Buddhist-Christian conference on monasticism.

Merton was a peace activist who wrote much about the evils of war and the nonviolence of Jesus and Gandhi. His views were very controversial and his order forbade him to continue writing about war. Though he then ceased to write on the subject for the general public, Merton continued to circulate his views among friends. The Thomas Merton Encycopedia by William H. Shannon, Christine M. Bochen, and Patrick F. O'Connell contains brief biographies of Merton's soul friends, including Daniel Berrigan, Ernesto Cardenal, Abraham Joshua Heschel, Rosemary Radford Ruether, Boris Pasternak, Thich Nhat Hanh, and many others. Over the years since his death, works have come out revealing Merton's creative output with poetry, drawings, calligraphies, and photographs.

Merton's accidental death in Bangkok on December 10, 1968, occurred on the twenty-seventh anniversary of his arrival at the Abbey of Gethsemani. He was 53 years old.

To celebrate Thomas Merton's birthday, contemplate one or more of the brief quotes from his writings printed below.

Sign up to receive our 40-part e-course "Practicing Spirituality with Thomas Merton" featuring excerpts from his books and suggestions on how to practice his wisdom in your daily life. 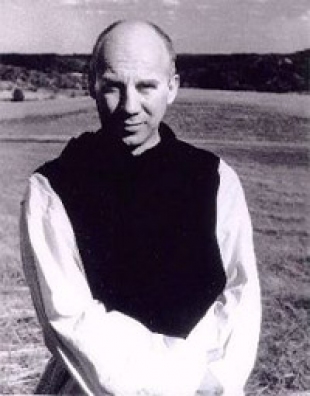